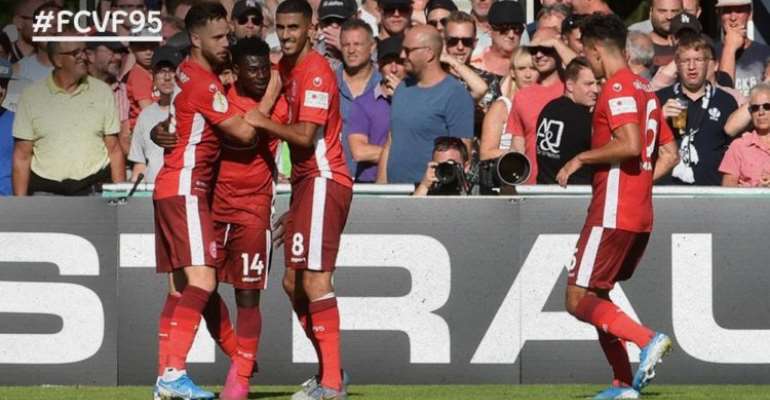 New signings Nana Ampomah and substitute Kelvin Ofori were all on target as Fortuna Düsseldorf came from behind to thrash lower division side FC 08 Villingen 3-1 after extra time in the German Cup on Saturday.

Ampomah registered his name on the scoresheet in the 54th minute to equalize for the Bundesliga outfit.

The Black Stars winger nonetheless had to be replaced in the 63rd minute by Kelvin Ofori, who joined the club this transfer window.

Steven Ukoh had converted a 41st-minute penalty to give the hosts a surprise lead.

The game travelled to extra-time after both teams were tied at 1-1 and 12 minutes into the first half, Ofori found the back of the net to give Fortuna Düsseldorf the lead.

In the 116th minute, Rouwen Hennings scored the third goal.

Countryman Bernard Tekpetey was handed a starting role but replaced after the first half.

Meanwhile, defender Kassim Nuhu who has joined the club on loan from TSG Hoffenheim was not part of the matchday squad.