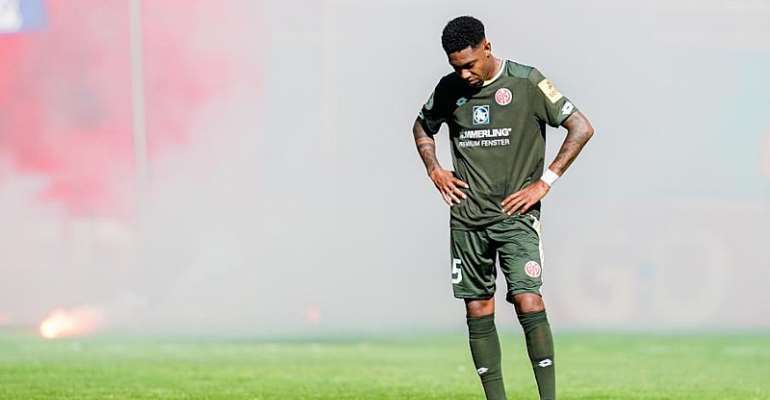 Mainz were one of two Bundesliga sides to be dumped out of the German Cup in Saturday's first round after falling to a 2-0 derby defeat at Kaiserslautern.

Midfielder Florian Pick sealed a sensational win for third-tier Kaiserslautern with a 90th minute strike after Manfred Starke's penalty had given them the lead on 63 minutes.

"We lost our heads after we went behind," said Mainz midfielder Daniel Brosinski.

Four-time German champions Kaiserslautern were not the only giant-killers on Saturday however, with fourth-tier side SC Verl humbling Bundesliga outfit Augsburg with a deserved 2-1 win.

Augsburg's defence looked helpless in the first half as an own-goal from Marek Suchy and a well-worked goal from Ron Schallenberg gave Verl a shock 2-0 lead.

"Verl deserved to win and we have a lot of work to do before we play Dortmund next weekend," said Augsburg coach Martin Schmidt.

Elsewhere, Fortuna Duesseldorf came from behind to survive a scare against fifth-tier side Villingen.

Schalke fans used their 5-0 victory over Drochtersen/Assel to protest against chairman Clemens Toennies, who has temporarily stepped down over a racism scandal earlier this month.

Supporters held up banners reading "Show Toennies the red card" and "Toennies out" before watching their side cruise into the second round thanks to goals from Steven Skrzybski, Guido Burgstaller, Munir Mercan and Daniel Caligiuri.

JHS Not Increased To Four Years Or Reduced SHS Duration – Na...
26 minutes ago

We've Been Begging To Survive Over Closure Of Our Shops – N...
26 minutes ago