Controversial “Triple A Tells Her Story” Video Interview Drops At 8 PM On Aug 12, 2019 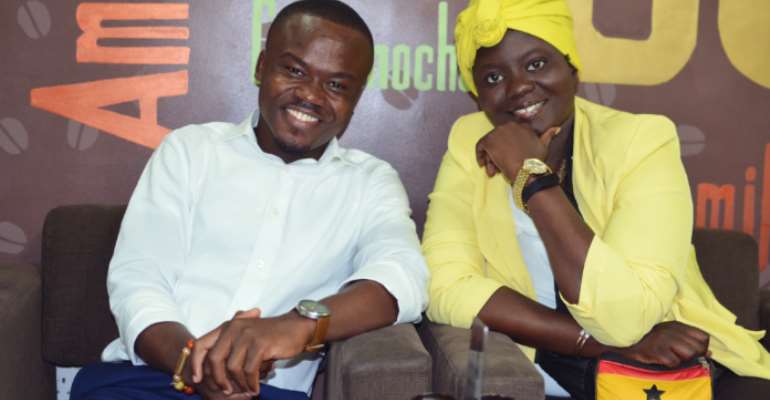 At 8:00 PM on Monday, August 12 all eyes must be set on Triple A Network’s Facebook page for the live release of “Triple A tells her Story” — the controversial and brutally honest 1-hour video interview that football fans and journalists in Ghana ought to watch.

Angela Akua Asante, Ghana’s only representative at the 2019 FIFA Women’s World Cup, is back in the country to share much insight on what transpired in France as a FIFA accredited journalist. The former BBC World Service correspondent also discusses important issues in Ghana Football and the media when it comes to funding projects and receiving exposure.

Following her exploits as an independent media producer recognized by the likes of global French station Radio France Internationale (RFI) and the International Sports Press Association (AIPS), ModernGhana’s sports editor Samuel Ekow Amoasi Appiah was the first to sit down with AAA upon her return from a successful trip to Europe this summer.

The one-on-one chat, dubbed “Triple A tells her Story”, uncovers the hustle behind the glamour of being a record-setting international football journalist in a profession dominated by men. Angela Akua Asante began her career as a web-based football writer more than a decade ago and has since covered sports events in 15 cities across East Africa, Eurasia, Europe and North America. This includes the coverage of four World Cup tournaments (men’s and women’s); an accomplishment which will see AAA scoop the WISA-OMY TV Achievers Awards 2019, come September.

In the exclusive video interview which was shot this month at Airport View Hotel’s Coffee Lounge in Accra, Angela Akua Asante holds nothing back. The outspoken multilingual reporter offers her views on Ghana’s AFCON 2019 fiasco whilst singling out one particular Black Stars player for praise. Also revealed in “Triple A tells her Story” is the reason behind Metro TV’s sudden interruption of the broadcast of her “Fabulous France with Triple A” series — which was the only Women’s World Cup 2019 themed content shot live from France for Ghanaian television.

“Whether you’re more into the entertaining side like I’m into, or you are more into the investigative side like Anas, you need to be able to talk without fear,” Angela Akua Asante is quoted as saying in the exclusive video interview with Modern Ghana’s Samuel Ekow Amoasi Appiah.

“I know that right now, with everything that I’ve said in this interview, I know that some people are going to be offended.”

Watch “Triple A tells Her Story” from 20:00 GMT on Monday, August 12 on Facebook Live. Streaming will be available on Triple A Network’s Facebook page. The video will subsequently remain available permanently on both Youtube and Facebook. The controversial 1-hour show can be followed and discussed on social media, using the hashtag #TripleAtellsHerStory.