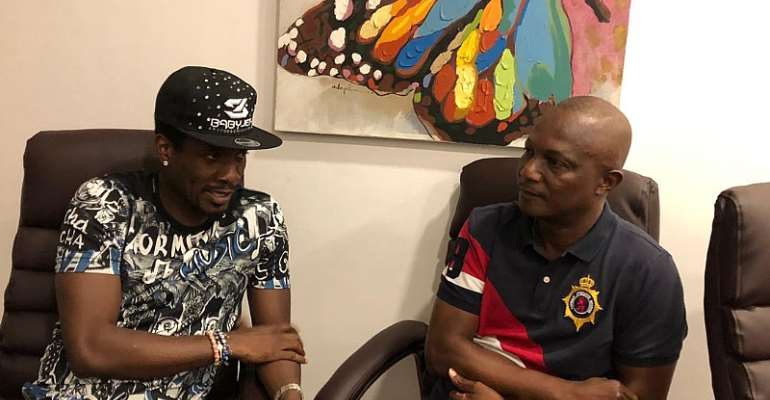 Asamoah Gyan has revealed that he was upset with Coach Kwesi Appiah’s decision to take captain armband away from him because he felt the timing was wrong.

The former Sunderland forward was stripped of the captaincy a month to the start of the 2019 Africa Cup of Nations tournament in Egypt.

Gyan retired from the Black Stars after the decision was communicated to him that he will not lead the senior national team again after his assistant Andre Ayew was confirmed as substantive captain while he was elevated to General captain position.

However, he rescinded his decision after a telephone conversation with President Akufo-Addo.

“I was very very upset but I wanted to play it safe. I didn't want to be seen as causing confusion in camp. The timing was wrong. I think it should have come earlier, months before not when the time is near for the tournament,” he told Joy FM.

“A coach can make a decision and I have to abide by it but for me, I feel like I didn’t do anything wrong. It has happened in most countries like England [where John Terry’s captain armband was taken because of scandal].

In my case, I haven’t done anything. My mind was focused on the tournament. I was injured but was trying as much possible to be fit to help my nation,” he added.

Gyan failed to score at the Afcon for the first time since 2008 as he was reduced to limited playing time.

He made two late appearances against Cameroon and Tunisia as the Black Stars crashed out at the round of 16 stage.