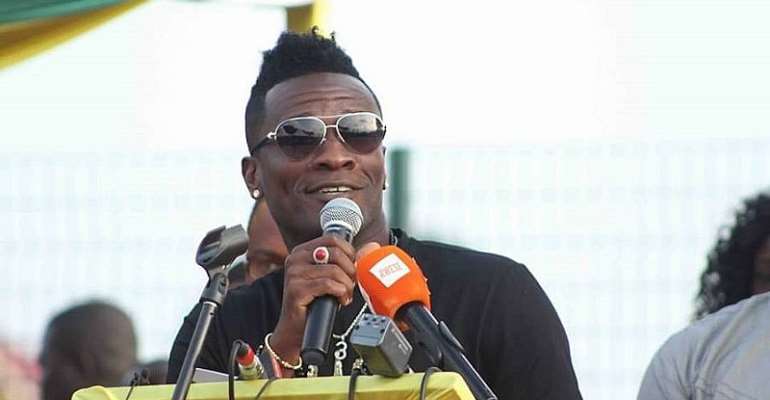 Black Stars general captain, Asamoah Gyan has hinted that he would be hurt if Ghana failed to honour him properly when he retires.

The 33-year-old is currently the country's all-time top goalscorer and the only African player with the highest number of goals in FIFA World Cup.

He also played a key role in Ghana's qualification to the quarterfinals of the 2010 FIFA World Cup in South Africa.

Despite the controversies during his time as the Black Stars skipper, the former Liberty Professionals and Sunderland forward say he has paid his dues to warrant a befitting send-off.

“I would be really hurt if Ghana doesn’t give me a good send-off,” Gyan said on Accra-based Asempa FM.

The 34-year-old said he is yet to decide when to call time on his international career.

“I am still available for the national team,” Gyan assured.

Gyan until recently was the captain of the four-time African champions.

Ahead of Egypt 2019 the Black Stars armband was taken from him and handed over to Andre Ayew.