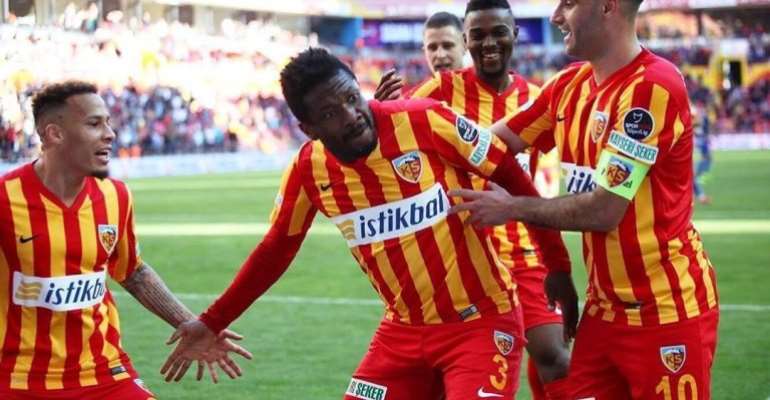 Ghana forward, Asamoah Gyan has confirmed his departure from Turkish side Kayserispor.

The 33-year-old joined the Turkish side on a free transfer after leaving Chinese side SIPG.

The former Liberty Professionals forward has endured a torrid time during his two years stay at the club.

“I’ve ended my contract with Kayseri Spor in Turkey so I am free,” he told reporters in Accra.

Persistent injuries robbed him of making an impact at the club scoring just five goals in 26 matches.

The country's top scorer has previously played for Sunderland, Al Ain and Udinese.