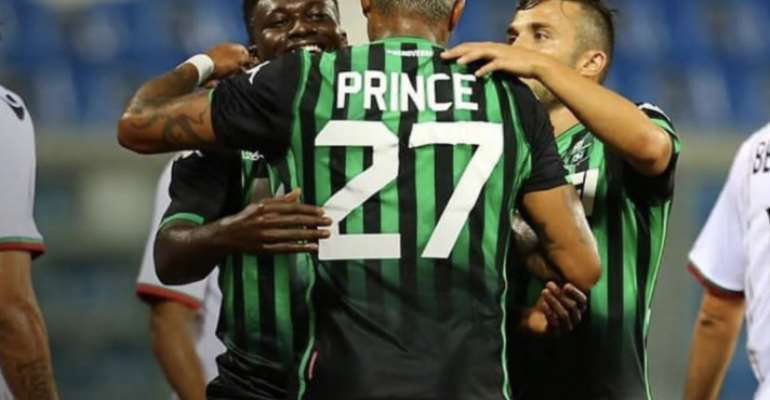 Ghana and Sassuolo midfielder says the club will miss the services of ace player and former teammate Kevin-Prince Boateng who has joined Fiorentina in the ongoing transfer window.

The details of the deal for the former Ghana international have not been disclosed.

The 32-year old had a short spell at Barcelona in the 2018-19 season returned to Sassuolo after the deal but decided to look for a challenge elsewhere despite training with the team during the preseason.

Duncan, says Boateng, brought a lot of difference into the team and his departure will be felt but the team has a new player Toljan who can also fill that void.

“They are two important players. Boateng brought his charisma here, he made us grow a lot in the first six months he was among the full-backs with more assists than last season, we lose two strong elements but we welcomed a new strong player like Toljan, and we hope he can replace Lirola “, Duncan told Sky Sports.