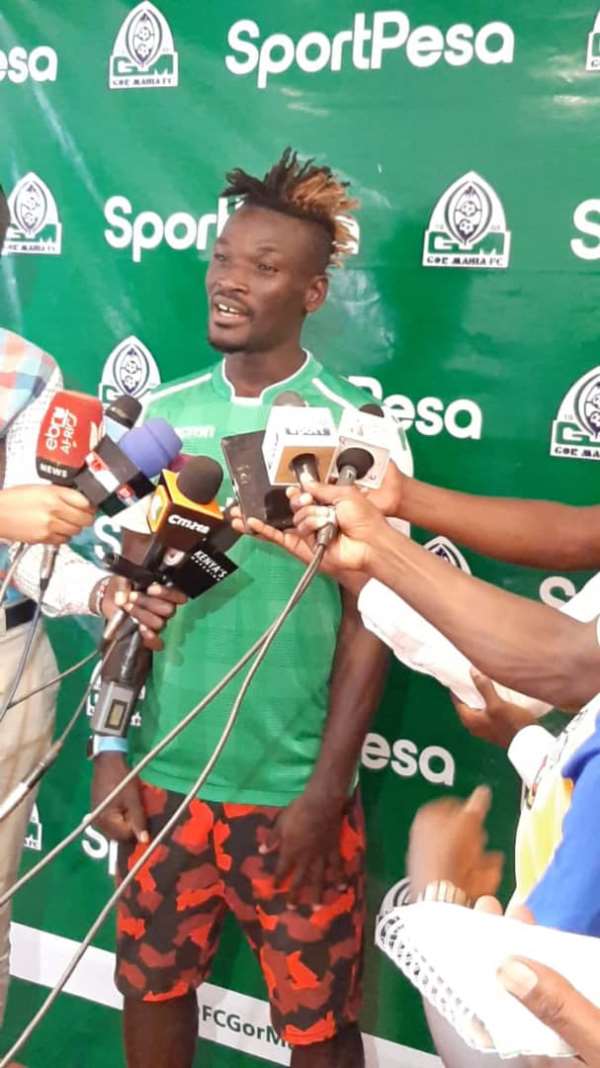 Kenyan outfit Gor Mahia has officially unveiled Ghanaian international Francis Afriyie to their fans after completing his signing a couple of days ago.

The former Murcielagos striker penned a year deal with the Kenyan Champions.

"I'm very happy to be unveiled. I have played for several clubs both in Ghana and abroad but I have never seen this kind of unveiling before," he stated.

According to him, he was overwhelmed to see the fans in their numbers during the unveiling and has promised to work hard for the club.

Francis Afriyie will spot jersey number 19 in the forthcoming season.

Gor Mahia FC will kick start their CAF Champions league campaign with Black Eagles from Burundi in the preliminary round.