REVEALED: This Is Why David Luiz Is Ditching Chelsea For Arsenal 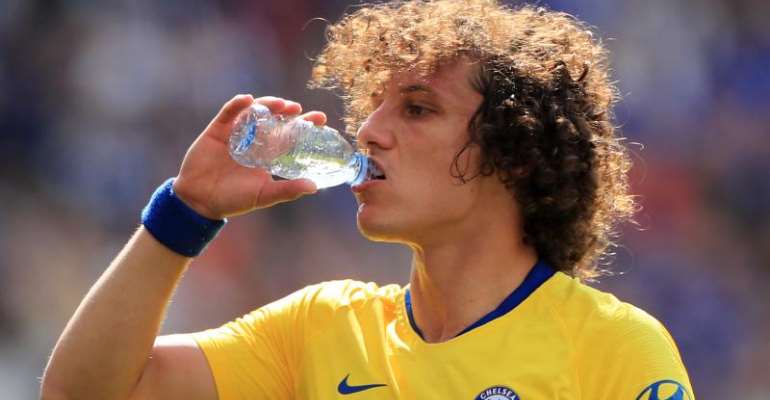 David Luiz is on the verge of completing an astonishing £8m move from Chelsea to London rivals Arsenal, with the deal expected to be announced before Thursday's deadline.

The 32-year-old is said to be keen on leaving Stamford Bridge, after reportedly learning that he would not be a regular starter under new manager Frank Lampard.

Luiz was a key member of the first team under former coach Maurizio Sarri and played a key role as the Blues won the Europa League and finished third in the English Premier League.

The Brazilian was then rewarded with a two-year contract extension in May, which was a move away from the norm as the club usually offers only a year's extension to players over the age of 30.

Lampard is said to prefer pairing Andreas Christensen alongside Kurt Zouma in the heart of the defence, with the latter returning to the club after a promising loan at Everton.

The two started in the club's final preseason match against Borussia Monchengladbach, and are expected start on Sunday in the club's first Premier League match of the season against Manchester United.

And with Antonio Rudiger still recovering, Luiz could have found himself as the fourth choice in Lampard's lineup, hence the push to reunite with Unai Emery, whom he worked together with at PSG.

Luiz is expected to walk into Arsenal's starting lineup, with the London club having lost captain Laurent Koscielny, who joined Bordeaux this week.

No Gov’t In 4th Republic Has Matched Our 3years Achievements...
58 minutes ago