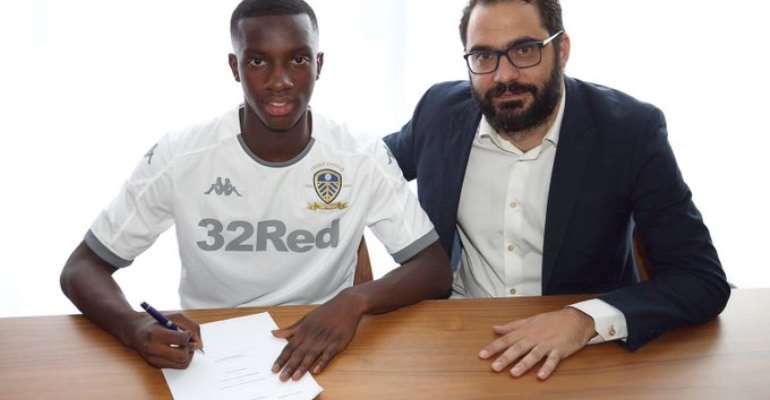 The English-born Ghanaian international has joined the lower division side on a season-long loan as he looks to enjoy more first-team playing time to ensure he continues his development.

He topped up his impressive outing with the Gunners last season with a stellar performance with the London-based club during their pre-season tour in the United States of America where they beat Colorado Rapids, Bayern Munich, and Fiorentina.

He had been tipped to stay with Arsenal but seems that will limit the playing time he will enjoy, leaving him to join Leeds United in hopes of helping them gain promotion into the top-flight at the end of the Championship season.

Leads manager Marcelo Bielsa now has a lot of firepower upfront and looks likely to lead the team to clinch the trophy in the lower division that would automatically secure a Premier League qualification.

Eddie Nketia has been handed the number 14 jersey and is expected to start training with his new teammates later this evening.