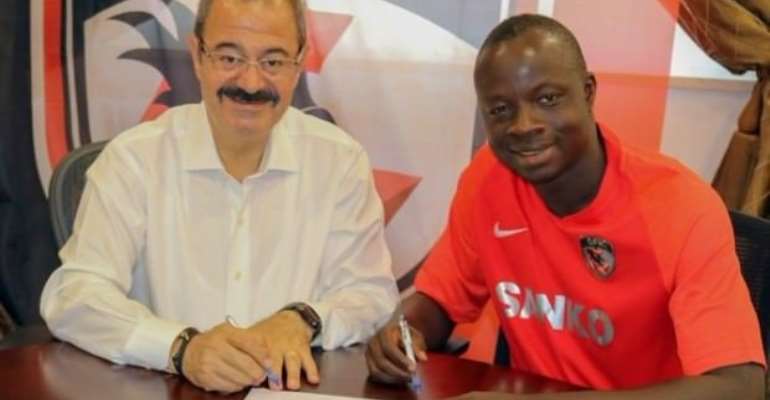 Newly promoted Turkish Super Lig side, Gazişehir Gaziantep F.K has wrapped up the signing of Ghanaian international, Yusif Rahman Chibsah ahead of the opening weekend of the season.

The player completed his move to the side on Thursday morning after passing a mandatory medical examination on the back of an agreement between the parties involved.

He signs from Italian Serie B side Frosinone Calcio where he hugely impressed during their exploits in the 2018/2019 edition of the Serie A.

His hard work in midfield for the side last season is reportedly what convinced Gazişehir Gaziantep F.K to secure his services as they target staying in the Turkish top-flight at the end of the upcoming season.

The former Juventus and Parma midfielder made 32 appearances for Frosinone last season and managed to score one goal. He will be hoping to better that statistics at his new club to help them escape relegation.