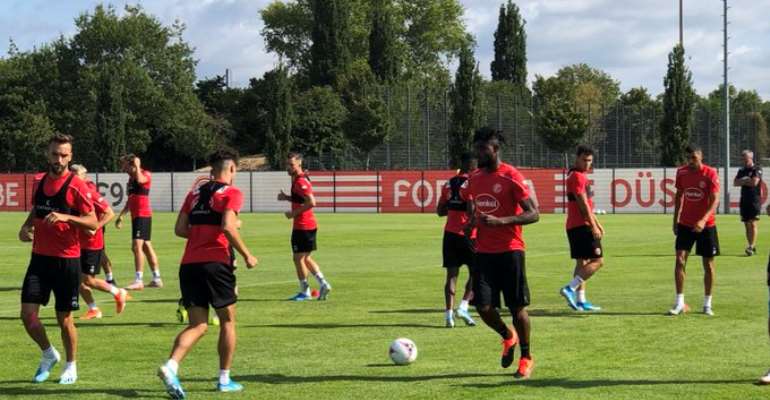 Ghana defender Kasim Nuhu Adams on Thursday trained for the first time with his new club Fortuna Dusseldorf ahead of the new season.

Adams, 24, joined the newly promoted Bundesliga outfit on a season-long loan deal and is expected to be a key member of his new club when the season starts.

The central defender who has been handed the number 4 shirt, becomes the fourth Ghanaian player to join the club after Bernard Tekpetey, Nana Opoku Ampomah and youngster Kelvin Ofori.

Adams moved from Swiss first division Young Boys to TSG Hoffenheim last season and has shockingly been farm out to Dusseldorf ahead of the start of the new season.