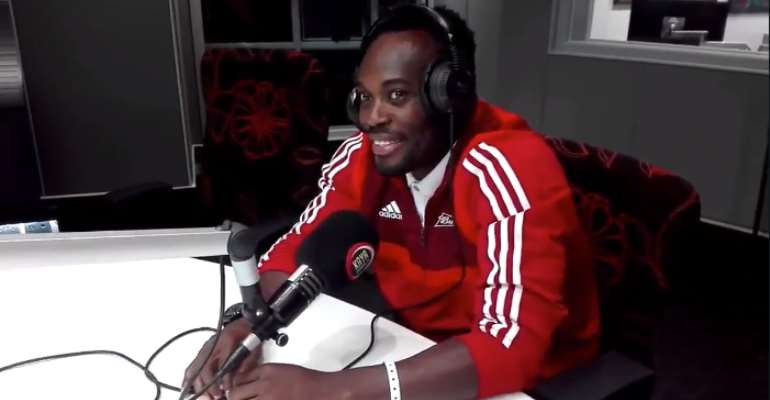 Michael Essien has reacted to Asamoah Gyan's infamous penalty miss against Uruguay during the 2010 FIFA World Cup in South Africa.

After 1:1 during regulation time, Luiz Suarez intentionally prevented Dominic Adiyiah’s header from entering with his hand and the controversial Uruguay striker was sent off and a penalty was awarded to Ghana.

Gyan's penalty kick, which would have put Ghana into the semifinals, hit the crossbar and went over goal, keeping the score tied at one.

Ghana subsequently lost from the penalty shoot and missed out on becoming the first African nation to reach the semi-finals of the FIFA World Cup.

Had he converted the kick, Ghana would have become the first-ever African team to reach a World Cup semi-final.

The Kayserispor forward has consistently insisted that he was hurt by missing the spot-kick claiming he will be forever be haunted by the miss.

However, the Chelsea legend who was recently unveiled as the Brand Ambassador for the ‘’Be the Next Champion'' campaign in an interview with a South Africa based radio station reacted to Gyan's miss.

Below is Asamoah Gyan's miss against Uruguay.