Team Ghana Gets Set For 2019 African Games In Morocco 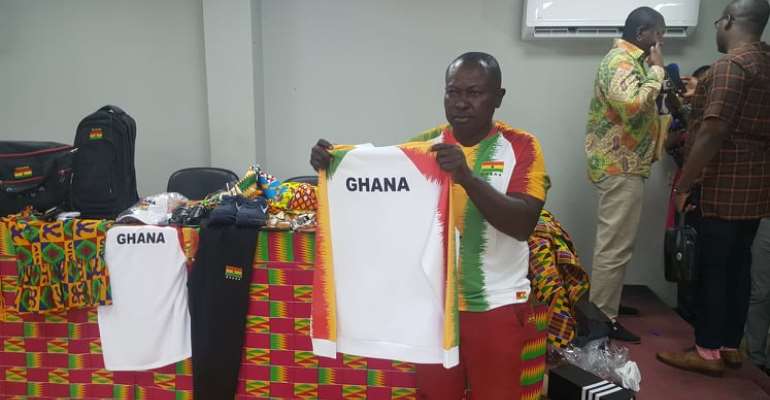 Team Ghana has announced its readiness for the 2019 African Games which comes on in Morocco from August 19 to September 1, 2019.

Briefing the media on Ghana’s preparations towards the 12th edition of the African Games, Professor Peter Twumasi who is chairman of the International Games & Completions Committee (IGCC) disclosed that everything is set and Team Ghana is having their final residential camping at Cape Coast to tune up and inspire the athletes before they fly to Morocco.

He said Ghana was able to host three international events in Table Tennis, Tennis and Badminton successfully, which indicate that the nation is serious about the athletes and hosting of international competition.

He noted that Ghana wants to host the 13th African Games so the nation is putting up sports facilities in all the regions.

According to Professor Twumasi, the IGCC and other committees are working hard making painstaking efforts to ensure that Ghana is ready for 2023.

On the 2019 edition, he expressed that all is set as the kits to used in Morocco were also unveiled for the media to see by Nana Adu Mankatta, chairman of the logistics committee.

Rev. Richmond Quarcoo, the Chef du Mission briefed the media on travel arrangements, departures and arrivals as well as the 14 disciplines Ghana is going to compete by 91 athletes with 29 coaches and 9 officials including some federation heads.

The first batch of Team Ghana comprising the footballers will depart on August 13, before others on August 16 for the opening ceremony on August 19.

Dr. Emmanuel Owusu Ansah, chairman of the technical subcommittee said: “we want to be efficient so we are going with minimum participants and expect maximum medals”.

He expressed that Ghana is going with quality medal hopefuls, rather than quantity where they may win few medals.

He named some of the disciplines that Ghana can win medals as athletics, weightlifting, boxing, fencing, karate-do, judo and football which is unpredictable.

He also hinted that as Ghana prepares for the next edition of the Games, the nation will prepare adequately with the rebranding of the schools and colleges sports competition and revival of some international friendly games with neighboring countries.