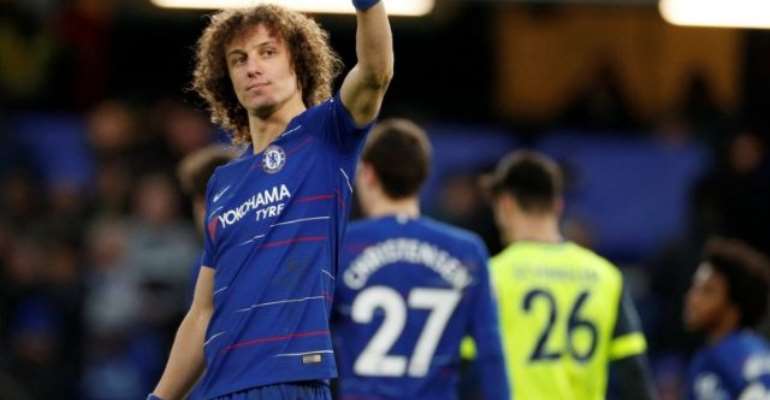 A shock report from France claims that Chelsea defender David Luiz is attempting to force a move to Premier League rivals Arsenal, who are 'keen' on the centre back, ahead of the deadline on Thursday evening.

Luiz is currently in his second spell with the Blues, having initially joined from Benfica in 2011 before moving to France with Paris Saint-Germain, and eventually returning to west London ahead of the 2016/17 campaign.

In a surprise update, major French outlet L'Equipe via (​GFFN) state that the Brazilian is hell-bent on moving north of the capital and is seeking to 'force' a move to ​Arsenal.

While the Gunners' defensive woes are clear as day, the news of interest in Luiz has come straight out of the blue (no pun intended) and would spark a huge change in direction from Unai Emery's side who were keen to ​land Dayot Upamencano - a player 12 years his junior.

However, it doesn't stop there. L'Equipe also mention that the 32-year-old skipped ​Chelsea training in an effort to heighten his chances of moving, with contact having already been made by both parties.

It is worth mentioning that this is the same outlet that stated just a few days ago that Philippe Coutinho's rumoured loan move to Arsenal was a 'done deal', only for such suggestions to fall flat on their face when Emery himself dismissed the claims.

However, UK reports including the ​Telegraph have since backed up L'Equipe's claims about Luiz refusing to train in order to force a move. Furthermore, Arsenal transfer guru David Ornstein ​confirmed the Gunners' interest in Luiz, stating that centre back in one of the club's options and they're 'keen' on a deal.

Chelsea's stance on the matter may prove unwavering, with the club currently under a transfer embargo meaning they would not be able to register any replacements ahead of the deadline.

A curious side-note in this development is that Luiz, like Coutinho, is represented by 'super-agent' Kia Joorabchian, who is an Arsenal fan and was reportedly involved in bringing Arsenal's new technical director Edu to the Emirates Stadium.