I Am Delighted To Have Played Alongside Messi - KP Boateng 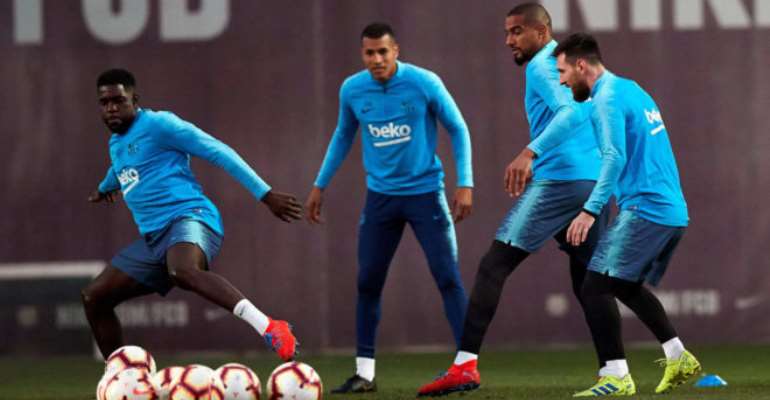 Kevin-Prince Boateng says he was not satisfied with his time at Barcelona but he delighted to have played alongside Lionel Messi.

The Ghanaian forward spent the second half of last season on loan at Barcelona but failed to impress, making just five appearances in all competitions.

Despite his struggle for playing time in Spain, the 33-year-old won the LaLiga title with the Camp Nou outfit and savours the experience of playing alongside five-time Ballon d’Or winner, Lionel Messi.

And after joining Fiorentina from Sassuolo, he is hoping to pass on the lessons learnt from his illustrious career to younger players in Vincenzo Montella’s squad.

“I was happy at Sassuolo in those first six months. I have to thank Fiorentina, as it’s not easy to believe in someone who basically hasn’t played in the last six months,” Boateng was quoted as saying by Football Italia.

“It was a lovely experience in Barcelona, working with the best in the world, but it wasn’t very satisfying. At my age, it was worth it, as at least I can say that I played at Camp Nou alongside Lionel Messi.

“(Fiorentina director Daniele) Prade convinced me to come here by calling several times in one day. I liked that attitude. There are a lot of young players to help here and that’s further motivation for me. I don’t have many years left to play, but I think I still have something to give and want to give my kids the joy of watching me play.”

Prior to the move to Florence, the ex-AC Milan forward admitted interest from Germany and disclosed the reason behind his decision to remain in Italy.

“There were clubs interested in Germany, but I made this choice also for my family. I love Italy, I love food and there’s the best food in Italy!”