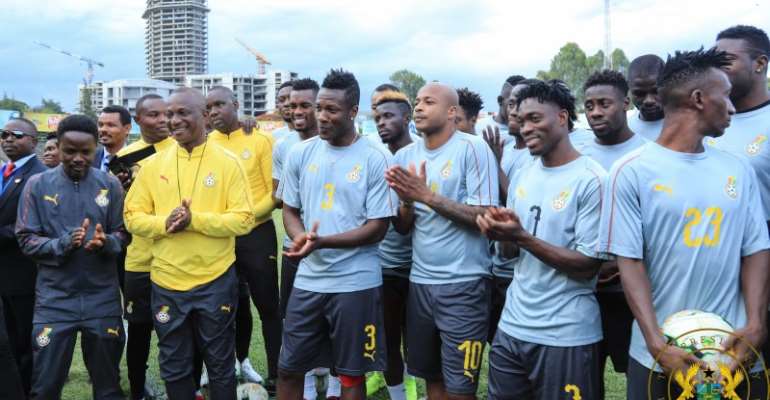 Black Stars midfielder, Mubarak Wakaso has rubbished reports that some players engaged themselves in sexual activities during the 2019 Africa Cup of Nations.

Reports went rife that some player flew their girlfriends to Egypt and were seen at the hotel of the team.

Many believe that the attitude of the players led to the country's early exit from the tournament.

However, the Deportivo Alaves midfield kingpin has insisted that no player was seen engaging in sexual affairs during the tournament.

"I can on authority that no player was found engaging in sexual affairs," he told Metro TV.

"People should remember that we have families and we left them behind to play for the country so I think spreading falsehood will not help us a country.

"There were security all over the place even at our dining hall so one could enter or go out."

He also rubbished reports that Andre Ayew confronted some players for engaging in sexual activities.

"Andre did not had any confrontations with any player. The whole reports was not true," he added.