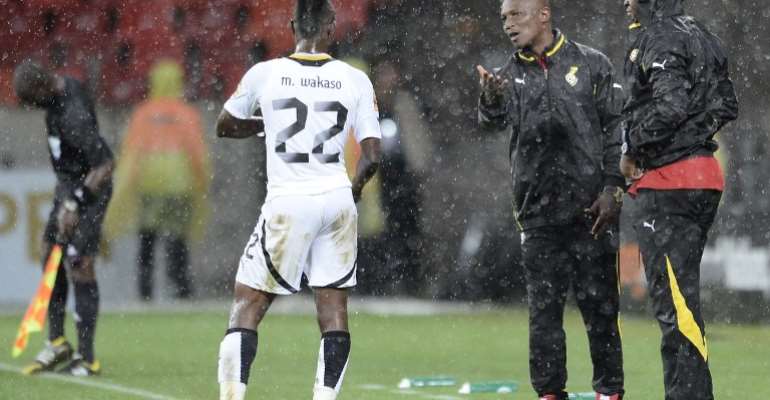 Coach Kwesi Appiah must be maintained as Black Stars head coach according to Mubarak Wakaso.

The former Al Khartoum manager has come under pressure for failing to end the country's 37 year's trophy drought in the just-ended Africa Cup of Nations in Egypt.

Ghana suffered a painful elimination from the at the round of 16 of the tournament.

Tunisia progressed to the next round of the competition after defeating Black Stars 5:4 on penalties.

Despite calls for Kwesi Appiah's sack, the Deportivo Alaves midfielder beleives the 59-year-old must be maintained as Black Stars coach adding that he has done nothing wrong.

"Agitating for his sack is normal in world football," he told Metro TV.

"When things don't go in the right way, we turn to blame the coach but he did nothing wrong.

"Sacking him will not help but I think the right thing must be done by keeping him. He is a good coach and he has to be maintained.

"If he [Kwesi Appiah] can coach professional players like Kwadwo Asamoah, Asamoah Gyan, Andre Ayew and myself, then he is a good and a professional coach and for me, he must stay," he added.

Kill All Galamsey Operators Before They Kill Us By Destroyin...
4 minutes ago