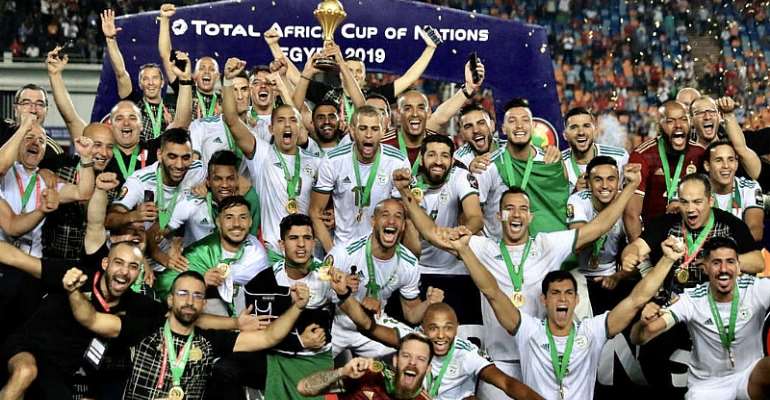 Deportivo Alaves, Mubarak Wakaso has revealed that he was not surprised to see Algeria emerging as the champions of the 2019 Africa Cup of Nations.

The Desert Foxes pipped Aliou Cissé's Senegal by a lone goal at the Cairo International Stadium.

Baghdad Bounedjah scored the only goal in the 2nd minute of the game.

Despite Ghana's early elimination from the tournament at the round of 16, Wakaso in an interview with Metro TV revealed that he was convinced about Algeria winning the tournament after watching their first game of the tournament.

"I wasn't surprised Algeria won the 2019 Africa Cup of Nations.

"After watching their first game, I told my colleagues that they are a complete team so I wasn't surprised to them winning the trophy.

"They played as a team and conceded a few numbers of goals during the tournament," he added.

Algeria pocketed $4.5m for winning the 32nd edition of the tournament in Egypt.