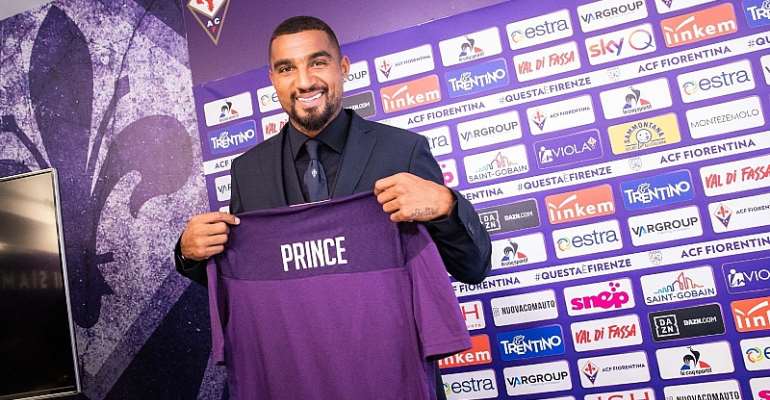 Fiorentina new recruit, Kevin Prince Boateng has revealed why he opted for the 'Number 10' jersey at the club.

Boateng, 32, joined the club from Sassuolo in the ongoing summer transfer for a fee of €1m.

Despite enduring a torrid campaign with Barcelona in the second half of the season, the Ghanaian forward joined the Serie A side on a two-year deal.

After being handed the 'Number 10' jersey, he suggested that he enjoys a more attacking role than perhaps he had towards the start of his career.

“I know the greatest players wore this in Florence, but I took the 10 because I have come here to do great things, not just to have fun," he told the press.

“I have always enjoyed myself in attack, whether as a trequartista, on the wing or a centre-forward. I think it’s good for a Coach to have a player who can take on many different roles.

“As time wore on, I realised what it means to be a professional. I was pretty crazy when I was young, going around partying. I certainly don’t do that now. Young players should enjoy themselves but within the right limits,” he added.