I Don't Regret My Loan Spell At Barcelona - KP Boateng 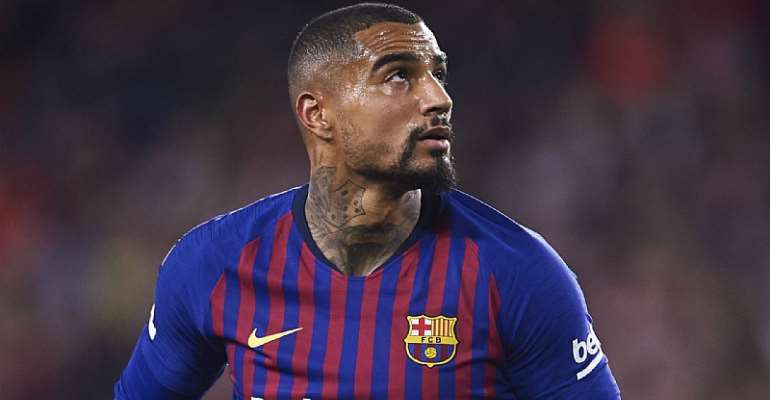 Ghanaian international, Kevin Prince Boateng has insisted that he has no regret about his shot stay at Barcelona.

The 32-year-old joined the Spanish La Liga side on loan from Sassuolo for the second half of last season on six months loan.

The former AC Milan forward endured a torrid campaign at Camp Nou playing four matches during his stay at the club.

However, speaking to the press during his unveiling at Fiorentina, Boateng insisted that he has no regret adding that playing alongside Lionel Messi was a dream come true.

“It was a lovely experience in Barcelona, working with the best in the world, but it wasn’t very satisfying.

"At my age, it was worth it, as at least I can say that I played at Camp Nou alongside Lionel Messi," he added.