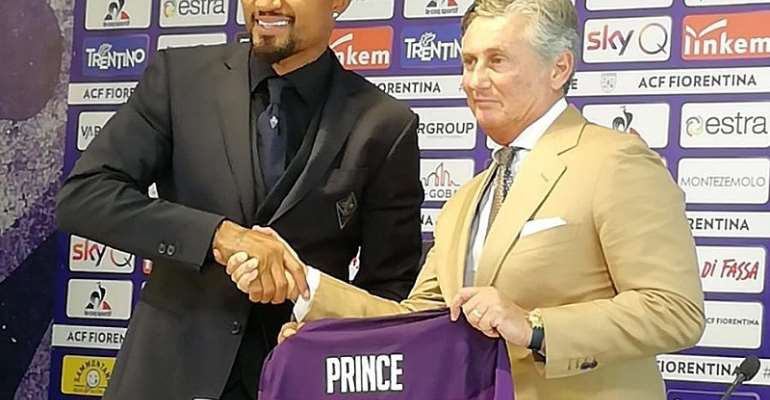 Kevin Prince Boateng has hailed the director of Fiorentina, Daniele Pradè insisting his call convinced him to join the club insisting he is ready to help the club.

The 32-year-old joined the Serie A side from Sassuolo in the ongoing summer transfer for a fee of €1m after completing his deal at Barcelona.

During his unveiling at the club, Boateng revealed that there interest from other clubs but Viola's director convinced him to join the club.

“(Fiorentina director Daniele) Pradè convinced me to come here by calling several times in one day. I liked that attitude.," he told the press.

"There are a lot of young players to help here and that’s further motivation for me.

"I don’t have many years left to play, but I think I still have something to give and want to give my kids the joy of watching me play," he added.