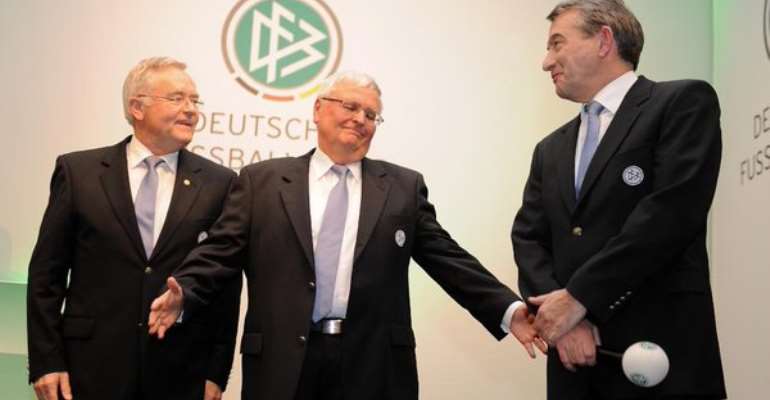 The indictment alleges Horst Schmidt, Theo Zwanziger and Wolfgang Niersbach, as well as former Swiss Fifa official Urs Linsi, misled members of a supervisory body of a German Football Association (DFB) committee about the true purpose of a payment of about 6.7 million euros ($7.5 million), a statement said.

The four men have denied any wrongdoing.
Proceedings against former German soccer great Franz Beckenbauer, who is also under investigation in the case, are continuing separately because his health problems made it impossible to question him, the Attorney General’s Office (OAG)said.

Schmidt, Zwanziger and Linsi are accused of fraud and Niersbach of being complicit in fraud in the charges. The OAG said it dropped last month its investigation of money-laundering allegations in the case.

“The investigations have revealed that in summer 2002 Franz Beckenbauer accepted a loan of 10 million Swiss francs in his own name and for his own account from Robert Louis-Dreyfus. This sum was used to fund various payments made via a Swiss law firm to a Qatari company belonging to Mohammed Bin Hammam,” the OAG said.

At the time, Bin Hammam was a member of the Fifa Executive Committee and the Fifa Finance Committee.

“The exact purpose of the total payments of 10 million Swiss francs to Mohammed Bin Hammam could not be determined – also because a corresponding request for mutual legal assistance made by the OAG to the Qatari authorities in September 2016 remained unanswered until today,” it added.

The payment in question triggered several investigations and led to Niersbach’s resignation over allegations it was used as a slush fund to buy votes in favour of Germany’s bid to host the 2006 tournament.

A DFB-commissioned investigation in 2016 said the sum was the return of a loan via Fifa from former Adidas chief Louis-Dreyfus.