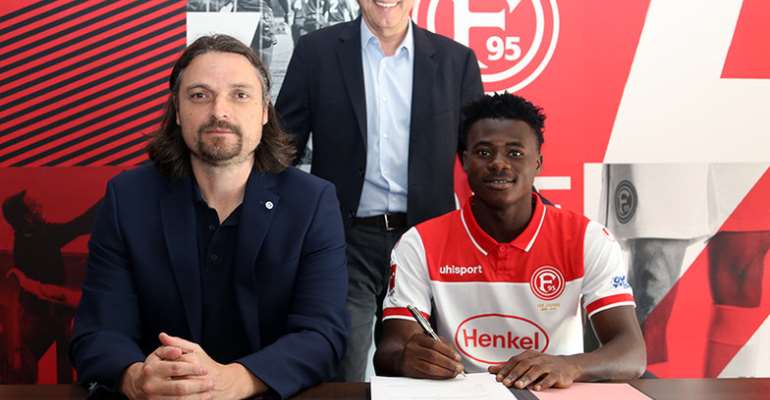 German Bundesliga side Fortuna Düsseldorf have completed the signing of Ghanaian teenager Kelvin Ofori from the Right to Dream Academy.

The Ghanaian teenager becomes the third Ghanaian to join the Bundesliga side after Bernard Tekpetey and Nana Ampomah.

Fortuna Düsseldorf confirmed the signing of the 18-year-old on a three-year deal.

“Fortuna Dusseldorf has contracted offensive player Kelvin Ofori. The 18-year-old offensive talent from Ghana has signed a contract until 2022 and will run in the future with the back number 14,” a club statement reads.

Ofori participated in the team’s preseason game against Anderlecht where he performed to the satisfaction of officials at the German Club.

“Kelvin Ofori is a great talent in Ghana and we are very happy that he has chosen Fortuna. He has a great technique and his pace makes him hard to defend. We are convinced that he can develop as best as possible with us. ”

He could join the youth side at the club and gradually make his way into the first team.