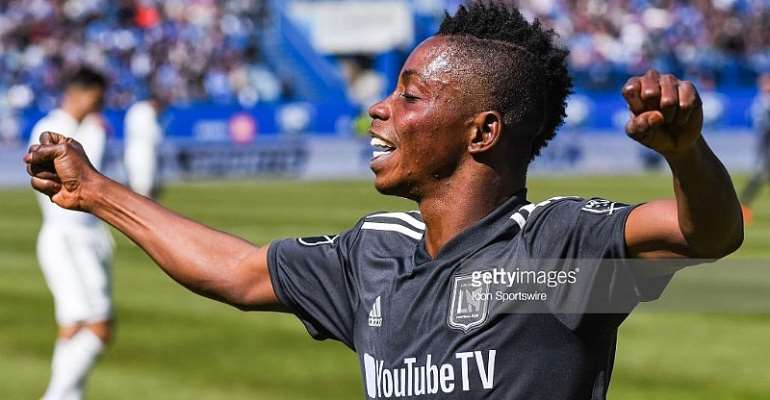 Ghanaian international, Latif Blessing has signed a contract with Major League Soccer side Los Angeles until 2022.

“I know I speak for fans and staff alike that Latif has won everyone over with his infectious energy play, and he is well-deserving of his new contract,” said EVP & General Manager John Thorrington.

“His game continues to grow, and we know he will play an integral part in the Club’s success on and off the field moving forward.”

Blessing is one of three LAFC players that has seen action in every contest across all competitions this season.

In his second campaign with the Black & Gold, Blessing has started 19 of the 23 MLS matches he’s appeared in, tallying three goals and five assists in 1,792 minutes.

Blessing would find the back of the net for the third time in LAFC’s 2-0 win over the New England Revolution on August 3.

The 24-year-old attacker was selected with the second selection in the 2017 MLS Expansion Draft by the Black & Gold after spending his first MLS season with Sporting KC, helping the side to the 2017 U.S. Open Cup championship.

Since arriving in MLS in 2017, the former Liberty Professional winger has made 78 appearances scoring 11 goals and 12 assists in 5,015 minutes.