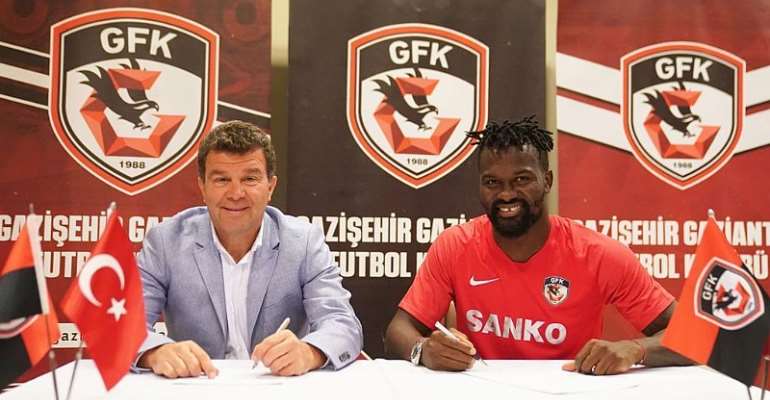 Ghanaian international, Aziz Tetteh has completed his move to Turkish club Gaziantep FK on a three-year deal ahead of the 2019/2020 regular season.

The budding midfielder who enjoyed a good campaign in the Russia top-flight league last season had been in negotiations with the club for the past week and finally joined them on Monday.

He signed from Russian Premier League side Dynamo Moscow where he spent two-and-a-half seasons.

Aziz Tetteh, 28, has been touted as the new Michael Essien and has been recruited by the Turkish club to help bring stability to the team’s midfield ahead of what will be a challenging season.

The former Liberty Professionals player will be hoping to settle quickly into his new side to ensure he gets to cement a place in the starting lineup when Turkish Super Lig starts.

You Won't Be Shielded For Misconduct – IGP Cautions Police O...
21 minutes ago