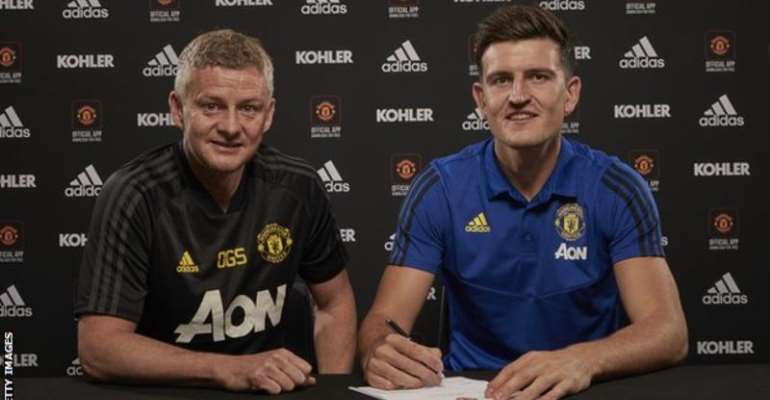 The 26-year-old has agreed a six-year contract at Old Trafford, with the option of a further year.

The fee for Maguire eclipses the £75m Liverpool paid Southampton for Virgil van Dijk in January 2018.

"When Manchester United come knocking on your door, it is an incredible opportunity," said Maguire.

Maguire added: "From my conversations with the manager, I am excited about the vision and plans he has for the team.

"It's clear to see that Ole is building a team to win trophies. I am now looking forward to meeting my new team-mates and getting the season started."

Solskjaer said: "Harry is one of the best centre-backs in the game today.

"He is a great reader of the game and has a strong presence on the pitch, with the ability to remain calm under pressure.

"He will fit well into this group both on and off the pitch."