Pressure On Schalke Boss To Resign For Racist Slur 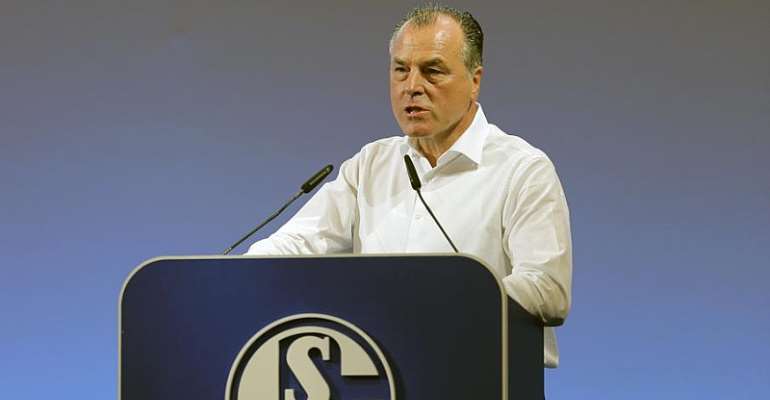 Schalke chairman Clemens Toennies is facing calls to resign a fortnight before the start of the Bundesliga season following widespread condemnation of racist comments he made last week.

The 63-year-old has been criticised for saying more power stations should be built in Africa, "then Africans would stop felling trees and producing children when it gets dark".

The billionaire businessman made the remark at a forum in Paderborn on Thursday while criticising tax increases to fight climate change.

On social media, numerous Schalke fans demanded his resignation as chairman of the club's supervisory board, while senior figures in German football and politics have condemned his comment.

Toennies apologised for his "inappropriate" words on Sunday, insisting he backs Schalke's values against "racism, discrimination and exclusion".

However, a statement on the club website may not be enough to save him with Germany's Justice Minister Christine Lambrecht calling on the German Football Association (DFB) to "deal" with Toennies.

"Racism must be loudly and clearly contradicted" at every opportunity," the politician told the Funke media group.

"Nowhere is integration as successful and quick to work as in sport - that must not be put at risk."

Toennies' comments are a distraction for Schalke, under new head coach David Wagner, who start their league season at Borussia Moenchengladbach on August 17.

President of the German Football League (DFL) Reinhard Rauball told news agency DPA Toennies' comments are "completely incompatible with the values of football" held by both the DFB and DFL.

'ACTIVE REPENTANCE IS NEEDED'
Dagmar Freitag, chairman of the sports committee in the German parliament, says an apology is not enough.

"The fact that something like this is articulated by someone who holds a prominent position in sport makes things all the worse," Freitag told German newspaper Welt on Sunday.

The politician says an apology alone "certainly cannot make up for the socio-political damage".

"Such a thing doesn't just slip out during an official speech, there is a highly problematic attitude behind it", said the former middle-distance runner.

"Active repentance with clear signals to Africans is necessary in order to really prove Toennies has changed his opinion," she added.