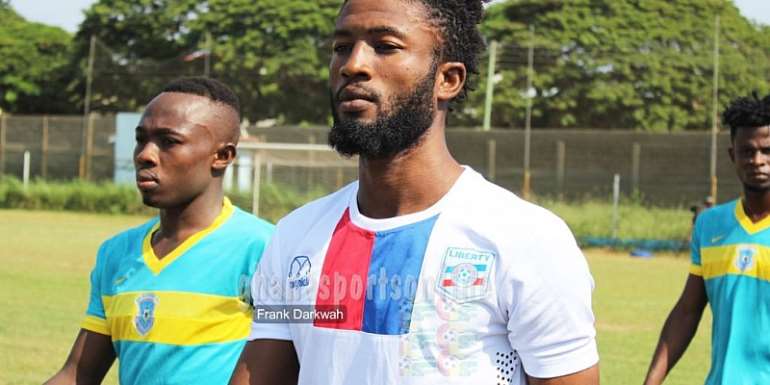 According to information gathered by Modernghana sports, the prolific goal scorer has successfully agreed to terms with the Phobians and has signed a one-year deal with the side.

He has been signed to give Hearts of Oak a boost upfront as they continued preparations for the possible return of the local league next month.

Checks have revealed that Bernard Arthur will be unveiled as a Phobian this week after he passes his mandatory medical examination.

The player joins the club with a huge goal scoring reputation both in and outside the country. During his playing days with the Dansoman based club, he managed to score 30 goals over three seasons in all competitions.

Later when he moved to Azam FC in Tanzania, he continued his goal-scoring prowess and netted 13 times in 20 appearances.

The forward recently ended his stay with Algerian side AS Ain M’lila before returning to Ghana.