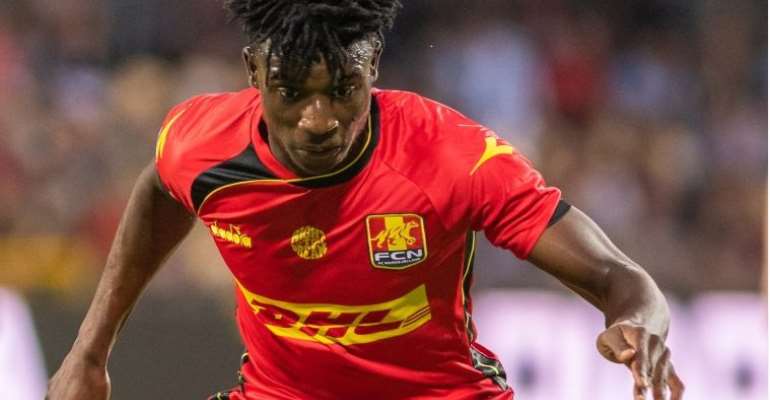 Ghanaian youngster Mohammed Kudu impressed for FC Nordsjælland on Sunday afternoon but his second-half goal was not enough as his side lost 3-1 to Randers in the ongoing Danish League.

The club is currently enduring a difficult start to the season and has shown inconsistency in all the four matches they have played so far.

They traveled to Randers yesterday in hopes of recording an emphatic victory to get their season back on track even though it is still a long way to go.

Two goals from Marvin Egho and Andre Romer plus an own goal handed Randers a 3-0 advantage before going into the break.

Kudu was introduced at half time and showed his quality when the match resumed. After containing their opponent for close to 40 minutes, the Ghanaian pulled one back for his side with a fine strike.

It was however not enough as FC Nordsjælland forcefully had to settle for the loss.

The match was the first for Mohammed Kudus after recovering from an injury which sidelined him for the first three matches of the season.

FC Nordsjælland has 6 points from 4 matches and finds themselves 6th on the league standings. They will need to start winning if they want to challenge for the league title at the end of the 2019/2020 season.

JHS Not Increased To Four Years Or Reduced SHS Duration – Na...
54 minutes ago

We've Been Begging To Survive Over Closure Of Our Shops – N...
54 minutes ago