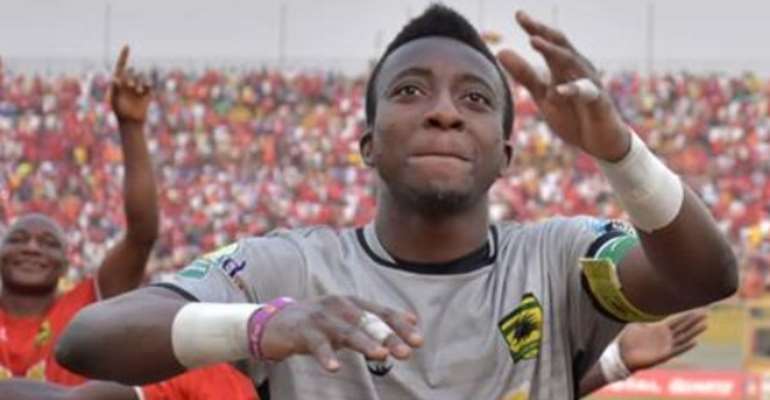 Felix Annan has confirmed his appointment as the new captain of for Ghana Premier League side, Kumasi Asante Kotoko.

The former WAFA shot-stopper replaces Amos Frimpong who depart from the club at this current transfer window after eight with the club.

Annan confirmed his appointment at the Manhyia Palace during the team’s visit to the Patron of the club Otumfuo Osei II.

“Been the leader of this team is always a great honour. I will do everything to serve the club. It’s not an easy task but I’m ready to give my all”

The 24-year-old has been serving as the club’s deputy skipper for the past three seasons and has been a key player for the club since returning from his loan spell from WAFA.

He will be assisted by Augustine Sefa and Emmanuel Gyamfi.

The promising goalkeeper was a member of the Black Stars squad that represented Ghana at the just ended 2019 Africa Cup of Nations held in Egypt where they were eliminated at the round of 16 by Tunisia on penalties.