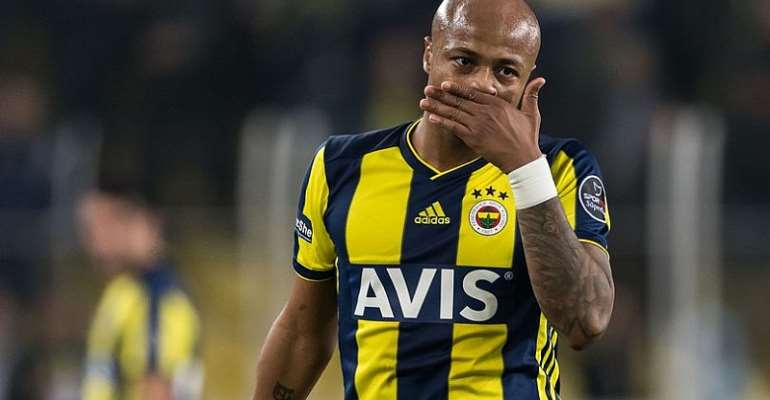 Black Stars skipper, Andre Ayew has been offered to Turkish giants Fenerbahce for free as Swansea City are keen on offloading the Ghana captain to free up their wage bill.

Ayew played for the Turkish giants last season on loan from Swansea and helped them to beat relegation in a very difficult season with Fenerbahce paying his wages during the one-season deal.

The Turkish media is reporting that the Swans are struggling to offload the forward and respected Fotomac chief editor Zeki Uzundurukan, claims Swansea have offered their Ghanaian star to Fenerbahce at no charge.

Uzundurukan added that the Championship side offered the player for on another loan deal for free but it is not clear if the giants have accepted to take the Ghanaian star.

Last season the Yellow Canaries took the Ghanaian midfielder who scored 5 goals in 35 appearances in a very chaotic season that saw them struggle.

Even though Fenerbahce leaders had expressed interest in taking their first option of signing Ayew on a permanent basis they seem to have backed down with the recent signing of Garry Rodrigues.

With Fenerbahce on the verge of completing the transfer of Deniz Turuc, it’s unlikely they will sign Ayew again.

Ayew is not keen on playing in the English Championship even though he has two years left on his contract with Swansea.