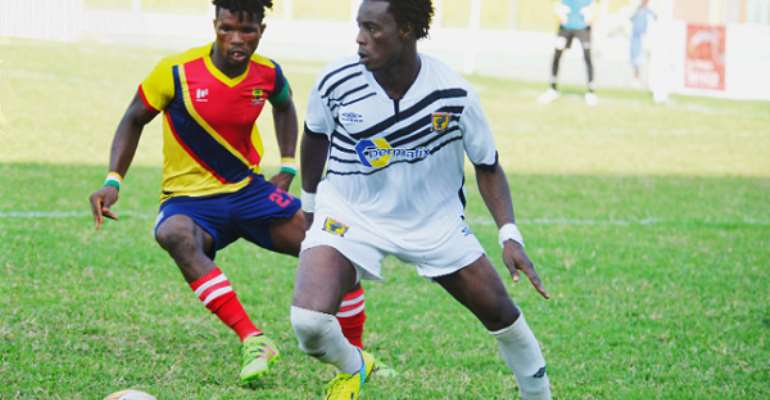 Shafiu Mumuni has rejoined Ashgold for their CAF Confederation Cup preliminary round first leg match against Akonangui of Equatorial Guinea in Ebebiyin on Saturday, August 10.

The arrival of the Ashantigold skipper arrived in Obuasi last Saturday to boost the morale in camp exactly a week to the start of their continental campaign.

The presence of Ashgold's talisman would be welcome news to Brazilian coach, Ricardo Da Rocha, who took over the reins of the Miners barely two weeks ago in the absence of Mumuni.

The player is expected to resume training under the new trainer on Monday, to help build a striking partnership with the new-recruited Brazilian striker, Marco Silva.

Shafiu, who has endeared himself as the Miners' top scorer in the past five seasons, was on target nine times for his club in the two Normalisation Committee Special Competitions.

Meanwhile, the well-drilled Ashgold side has been beefed up with nine new players, including Karela United winger, Osei Baffour, versatile KojoAmoako from Eleven Wonders and Atta Kusi, formerly of Asante Kotoko.

Ashgold are scheduled to leave for Equatorial Guinea on Wednesday.

The return leg will be played at the Obuasi Len Clay Stadium in two weeks time.