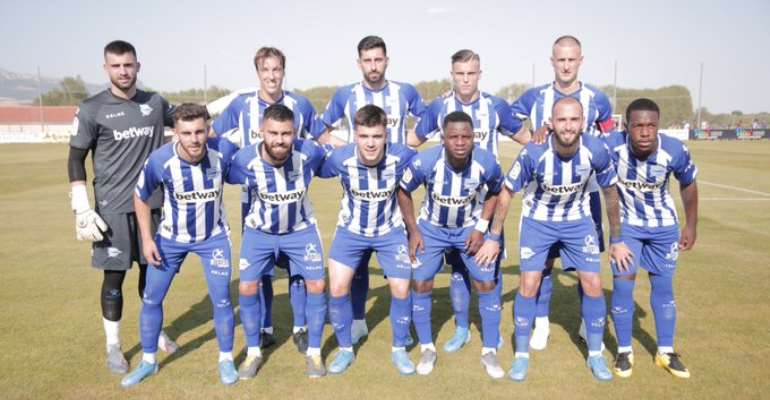 The two teams who have been preparing for the start of their respective leagues engaged in this year’s edition of the Villa de Laguardia Trophy yesterday hoping to win to give their confidence a boost.

Though Wakaso’s future with the club hangs in the balance following speculations linking him with a move away before the transfer window shuts, he was named in the starting lineup for Alavés.

A pulsating encounter in the early minutes saw the winners being awarded a penalty kick on the 13th minute. Attacker Luis Rioja stepped up and calmly converted the kick which ended up separating the sides at the end of the 90 minutes.

Mubarak Wakaso continued to impress for the remaining minutes of the first half but was later substituted in the second half on the 61st minute.

The Black Stars midfield dynamo has been linked with a move to Getafe and it is still unclear whether he will move to a different club or stay on with Alavés for the upcoming season.