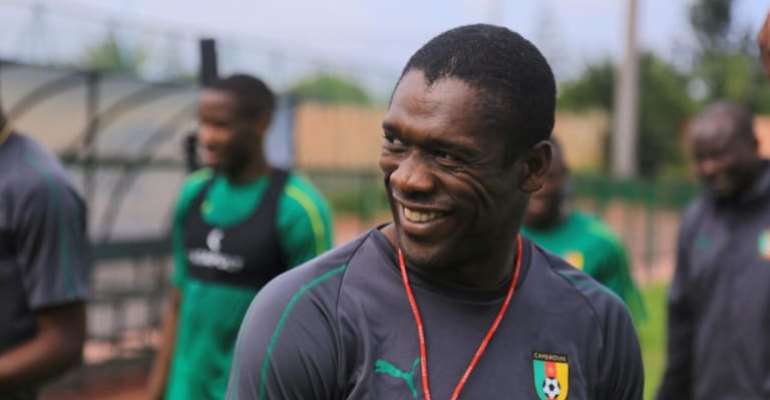 Hosts Egypt were the first country to sack their coach, which happened on 7th July.

Stuart Baxter
He is the latest coaching casualty after the 2019 Africa Cup of Nations, following his resignation on Friday.

After more than two years in charge, Stuart Baxter has resigned as Bafana Bafana coach with immediate effect.

After hosting a hastily arranged press conference, Baxter confirmed the news most football fans had been expecting since Bafana Bafana’s elimination from the Africa Cup of Nations (Afcon) tournament in Egypt last month.

The former Kaizer Chiefs coach leaves the position having won eight of his 21 fixtures in charge.

His final game was the quarterfinal exit at the hands of Nigeria at Afcon.

ZIFA said it regretted Sunday’s decision because ‘the nation and team needed his wise counsel’.

‘‘ZIFA is grateful to Mr Chidzambga for diligently availing his services and wish him well in his upcoming endeavours and trust he remains available whenever we seek his wise counsel.’‘

Herve Renard
The French coach parted ways with Morocco on July 21 after failing to replicate his enviable successes with Zambia and Ivory Coast.

Herve Renard, the only coach to win the Africa Cup of Nations with two different countries had his tournament come to an end in the round of 16 as Morocco who were the overwhelming favourites against Benin suffered elimination in a penalty shootout.

“It’s time for me to close this long and beautiful chapter of my life, not without some emotion and sadness, but it is an inescapable decision made well before the 2019 Cup of Nations,” the 50-year-old Frenchman wrote on Twitter.

Clarence Seedorf
The former Real Madrid and AC Milan midfielder was one of the first coach to be sacked in the 2019 Africa Cup of Nations (AFCON).

The Dutchman arrived at Cameroon with high expectation after he also introduced his former teammate Patrick Kluivert as his assistant.

However, Cameroon could only win a game in the group stage and bundled out of the continent’s showpiece in the Round of 16 against rivals Nigeria.

The Indomitable Lions won the 2017 Africa Cup of Nations so it was a big blow for them to have an early shower, so Seedorf had to be sacrificed.

Cameroon’s Football Federation announced it had terminated the four-year deal Seedorf had signed in August 2018.

Paul Put
The Syli national of Guinea showed Coach Paul Put the exit door after their elimination from the Round of 16.

Paul Put was questioned for his tactics in the tournament.

Ricardo Mannetti
His contract wasn’t renewed after Namibia lost all their three AFCON games and bowed out of the competition.

The 44-year-old Mannetti departed after five years in charge of Namibia, an unusually long tenure by African standards, and was on Monday replaced by Bobby Samaria.

Emmanuel Amunike
Former AFCON winning player Emmanuel Amunike couldn’t translate his experience in the competition as a player when he led Tanzania to AFCON 2019.

He was sacked after his team failed to progress from the group stage of the continent’s showpiece.

The Tanzania Football Federation (TFF) issued a statement on Monday saying it had parted ways with the ex-Nigerian international and coach.

‘‘The Tanzania Football Association (TFF) and the National Team Coach, Emmanuel Amunike, have reached a joint agreement to terminate the contract between us,’‘ read part of the statement.

Javier Aguirre
Egypt’s coach Javier Aguirre from Mexico was the first to be sacked following his team’s exit from the competition.

Egypt were highly rated to win the Africa Cup of Nations (AFCON) for the eighth time when they hosted the rest of Africa.

However, they surprisingly kicked out of the competition by South Africa in the Round of 16

Sebastien Desabre
The Frenchman’s appointment with the Cranes of Uganda was terminated by the Ugandan Football Federation (FUFA). This followed their elimination from the AFCON 2019 IN THE Round of 16 against Senegal.

“The reasons for termination of the employment contract are for the benefit and growth of both parties,” it was said in a statement by the Ugandan Football Federation (FUFA)