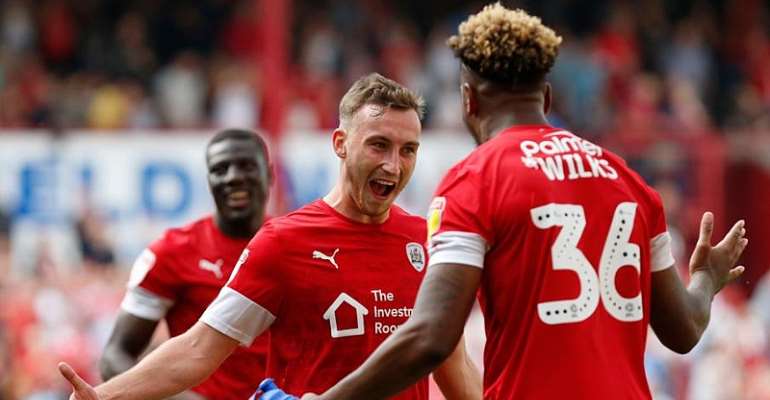 Promotion favourites Cardiff City and Fulham began their Championship campaigns in the worst possible way on Saturday after respective defeats to Wigan and Barnsley.

Josh Windass picked himself up from missing a penalty to mastermind Wigan's 3-2 victory over Neil Warnock's Cardiff while Fulham fell at Barnsley 1-0.

Former Croatia national coach Slaven Bilic began with a victory as West Bromwich Albion manager, they came from a goal down to beat Nottingham Forest – also with a new manager Sabri Lamouchi – 2-1.

The Bluebirds got off to a great start in England's second-tier as Joe Ralls gave them the lead in the 20th minute.

It looked as if Warnock would come away with the three points when Wigan's Windass missed a penalty early in the second half, but he recovered to set up Michael Jacobs for the 59th-minute equaliser before scoring the second.

Omar Bogle got Cardiff back on equal terms against his former club with 20 minutes remaining only for Wales-born Lee Evans to rifle home a long-range effort to restore Wigan's lead five minutes later.

"It was nothing I wasn't expecting, we know exactly how tough this league is," said Warnock.

"I think one or two questions were answered today, if I'm honest, in my own mind."

Fulham's defensive problems which cost them so dearly in the Premier League let them down early on against Barnsley, with Luke Thomas breezing past their defence to fire the winner after just 13 minutes.

Former England midfielder Parker's side could not force an equaliser despite having two efforts cleared off the line against their newly-promoted opponents.

Parker – who secured the job on a permanent basis despite winning just three of the none Premier League games he took charge of – said he and his players were under no illusions as to the size of the task facing them.

"We understand what league it is that we're in," said Parker.

"We have players that have already been in this division and they understand what it's like.

"Every game in this league is going to be a challenge and the rest of the games will be the same."

Swansea City began their second successive season in the Championship and made light of having lost key performers in Olie McBurnie and Dan James in the close season as well as manager Graham Potter in beating Hull City 2-1.

Steve Cooper's side showed great character to come back from 1-0 down to take the three points with two goals scored in rapid succession at the beginning of the second half.

Borja Baston has been an underwhelming performer since the club paid £15.5 million ($19 million) in 2016 and has spent time out on loan but he scored only his second goal for the club three minutes after the break before Mike van der Hoorn headed home the winner less than two minutes later.

"He's in the team, he's got No 9 on his back so let's look forward," said Cooper of Baston.

"I think he's very committed to scoring goals and the team are going to be creating chances for him. He was in the right spot at the right time today which showed his instincts."

Two of the other sides tipped to contest automatic promotion to the Premier League, Leeds United and Huddersfield Town, begin their campaigns on Sunday and Monday respectively.

Decision To Let Us Manage Ambulances Laudable--Ambulance Ser...
1 hour ago