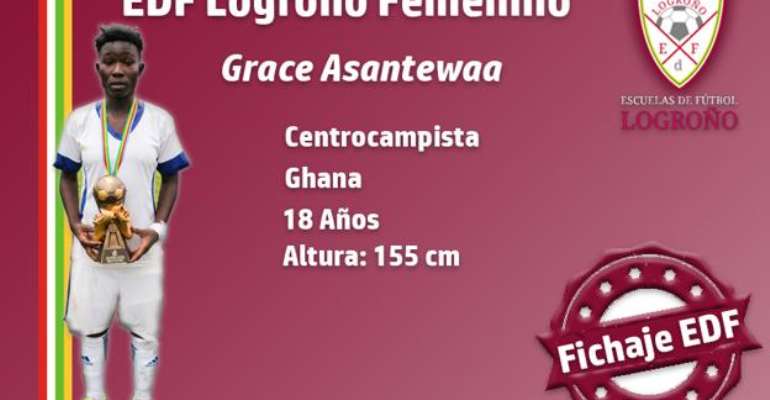 The hardworking central midfielder has been in talks with the club for the past couple of weeks over a possible transfer before the start of the upcoming 2019/2020 season.

Having reached an agreement, the Ghanaian international has signed for the club after passing a mandatory medical examination.

The move will see the former Ampem Darkoa Ladies star playing for the first time in Europe.

Besides making six appearances for the Black Queens and scoring two goals, Grace Asantewaa has also represented Ghana in the FIFA U17 and U20 World Cup tournaments.

She was nominated for Best Female Footballer of the year at 2019 Ghana Football Awards but narrowly missed out to Mukarama Abdulai.

She will now be hoping to make an impact at her new side when she starts the upcoming season with EDF Logroño.