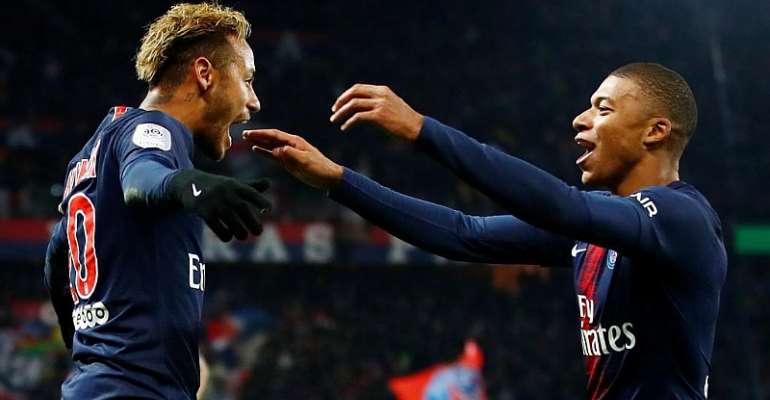 Kylian Mbappé urged his fellow star foward Neymar to stay at Paris Saint-Germain and help fire the club to Champions League glory. Mbappé made the plea as PSG prepared for the Champions Trophy against Rennes in Shenzhen in China on Saturday.

"Everyone loves him and I love him so much," Mbappé said of Neymar, who has been strongly linked with a return to his former club Barcelona as well as a move to Real Madrid.

"I don't want him to leave the team, obviously. I want him to stay," added Mbappé who scored 33 goals for PSG last season as they claimed the Ligue 1 title for the sixth time in seven years.

However PSG slumped again in the Champions League and, after a domestic treble in 2017-2018, they only lifted the French title after losing in the quarter-final of the League Cup to Guingamp and a defeat in the Coupe de France final against Rennes in April.

The Champions Trophy - which pits the league champions against the Cup winners - is a chance for PSG to exact revenge for the loss on penalties at the Stade de France.

Payback
"Of course there'll be an edge to the match," admitted Mbappé. "Lots of the players who are here in China played in the final and the new ones who have come in have been made aware about what happened. We will be keen to make amends."

Neymar scored PSG's second goal in the final. However the Brazilian will not play in China as he serves the first of a three match suspension for his part in a scuffle with a fan following the final.

Rennes boss Julien Stéphan will go into the game without key players Ismaïla Sarr, M'Baye Niang and Ramy Bensebaïni who were all involved with their national teams in the latter stages of the Africa Cup of Nations in Egypt.