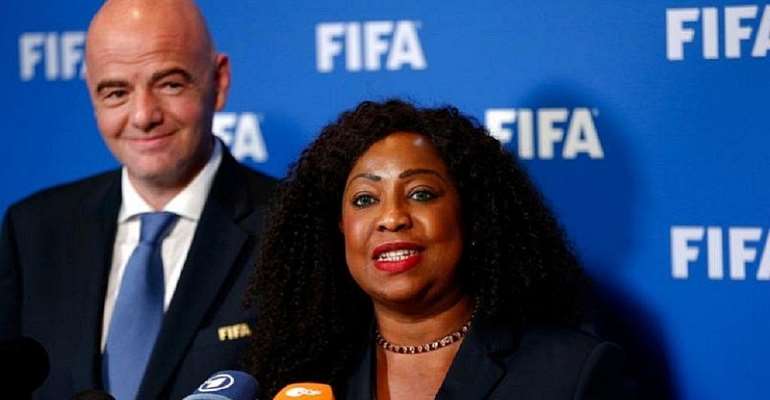 The former United Nations official is expected to stay in the post for a 6-month period from 1 August 2019 to 31 January 2020, renewable with the agreement of both organisations.

"As part of this process, it was also agreed that FIFA and CAF will undertake as soon as possible a full forensic audit of CAF."

The agreement, according to a joint statement, effectively sees FIFA take over the management of football on the African continent.

‘‘FIFA and CAF will work closely together in order to best serve all African Member Associations to bring stability, serenity, professionalism and effective football development on the African continent,’‘ read part of the statement.

Under the new arrangement, Samoura, still serving as Secretary-General of FIFA, will work with CAF President Ahmad Ahmad and a team of experts on a number of reforms of CAF, amongst others;

‘‘As part of this process, it was also agreed that FIFA and CAF will undertake as soon as possible a full forensic audit of CAF.’‘

The issue has drawn a fightback as Liberian Football Association president, Musa Bility, threatened to petition the Court of Arbitration for Sports, CAS, over the ‘takeover.’ Bility has since been banned for a decade by FIFA.

FIFA president Gianni Infantino has also slammed the use of the word “colonialism” by persons opposed to the arrangement and claiming that FIFA was ‘colonizing’ CAF with the move.

Embattled CAF president Ahmad had in the run-up to the African Cup of Nations, AFCON, in Egypt been bedevilled by principally a number of corruption allegations.

It led to his brief detention by authorities in France this year. Reports indicate that he is also being investigated by FIFA over allegations that he unduly influenced a CAF decision to buy sportswear through a French company rather than directly from manufacturers and at inflated prices.

FIFA’s pursuit of a clean image
With FIFA seeking to improve football’s image, the Ahmad controversy has come as a major embarrassment to Infantino, who has been claiming a new-look, clean and corruption-free FIFA.

Ahmad, by virtue of his position as leader of African football, is automatically a FIFA vice president.

African football has been rocked not only by the firing of CAF general secretary Amr Fahmy for whistleblowing but also a walk-off in the Champions League final and the alleged assault on a referee by another of CAF’s vice presidents.