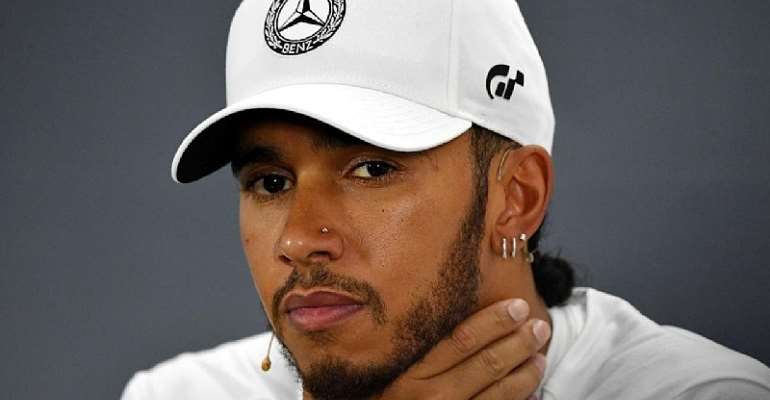 Hockenheim produced drama and failed to stick to the Mercedes script. What was expected to be a memorable climax to the celebration of their 200th F1 race and 125 years of motorsport ended up in agony for team Mercedes as Max Verstappen gatecrashed the Mercedes party. Team Principal Toto Wolff compared the teams capitulation at their home German GP to ‘‘Armageddon’’.

The five-time champion who claimed his record-extending 87th pole position in qualifying led from pole in wet conditions up until lap 29 of 64. Hamilton crashed his right front wing, got penalized for a pit lane offence, and suffered an embarrassing spin before teammate Valtteri Bottas crashed out. Hamilton finished 11th and out of points, his worse since 2013 and will later move up to 9th after Alfa Romeo cars picked penalties.

Hamilton said after the race “errors show how easy it is to get it wrong. I am only human, it was a mistake and mistakes happen”

Errors cost Sebastian Vettel in the 2018 German GP when he had taken the lead in both the championship and the race in Hockenheim. Vettel started from pole but crashed out after 15 laps and that was the beginning of bad things to come. A series race –costing errors led to Vettel failure to win his first F1 championship title since 2013 and Ferrari’s first title since 2007.

History has an interesting way of repeating itself and Hamilton must beware of the Vettel capitulation post-German GP after a fine start to the 2018 championship despite his 41 point lead over Bottas. This GHOST Hamilton must exorcise!

Up next for Hamilton is the Hungarian GP which certainly is a happy hunting ground for Hamilton. He is the most successful driver at Hungaroring with (6) wins and comes into this race as the defending champion. Same was said ahead of the German GP, Hamilton was the only active driver with the most wins (4) but failed to take advantage of his dominance at Hockenheim.

The biggest question ahead of this weekend’s race is whether Lewis Hamilton can take advantage of his dominance in Hungary or the resurgent Sebastian Vettel can finally come to the party after masterminding a remarkable comeback in Germany by forcing a 2nd place finish from 20th on the grid. Sebastian Vettel clawed back 16 points on Mercedes after that second-place finish reducing Hamilton’s lead over him to 84 and will be chasing his first Grand Prix win since the Belgian GP in August 2018.

The Red Bull chassis suits the twisty and bumpy slow race Hungaroring circuit and Max Verstappen will definitely have another go at this race desperate to add to his two wins in this season’s championship. Verstappen has gained more points than championship leader Hamilton in the last four races. The Red Bull chassis’ strength of excellent traction and braking system should give them more advantage on this circuit.

It remains to be seen what drama will unfold when “its lights out and away we go “at the Hungarian GP. Lewis Hamilton is still the odds-on favourite to win in Hungary but F1 is an unforgiving sport.

Finance Minister Refused To Save 'Distressed' uniBank — Ex-D...
23 minutes ago