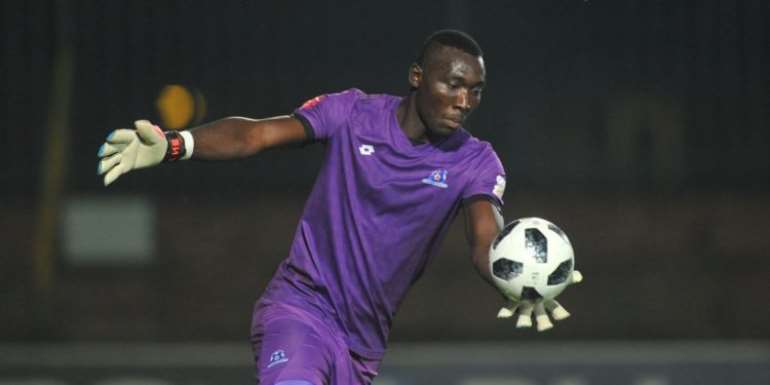 South African Premier League side, Maritzburg United have confirmed Ghana goalkeeper Richard Ofori as the Matchday captain of the club.

The former Wa All Stars shot-stopper who joined the PSL outfit in 2018 will be the Match-day Captain of the club whilst Nazeer Allie will be acting as the general captain.

In a statement on the club website, Head coach of the Club, Eric Tinkler explained, the Ghanaian international has vast international experience ahead of his teammates hence the need for his new leadership role in the club.

“We are going to have our match-day captain which will be Richard Ofori,” he said.

“Like I said before, there is very little guarantee to any player that he will be in the starting line-up – that’s the type of competition we want to create.

“So selecting a captain was always going to be difficult. Richard, a national team goalkeeper for Ghana, is definitely our first-choice goalkeeper, so it made sense to appoint Richard as our match-day captain.

“Then we have the club captain. Who plays even more of an important role because he is representing the players to the club and also to me. And that person will be Nazeer Allie. Because of all his experience.”

Maritzburg United begin their season on August 4, with an Absa Premiership KZN derby away at Golden Arrows.