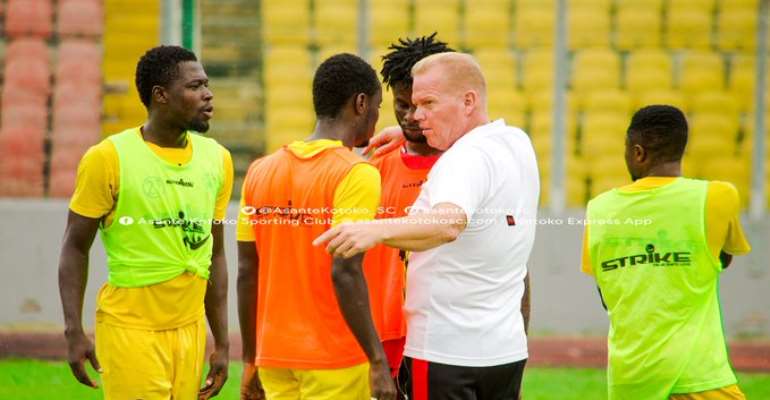 Ghana’s CAF Champions League representative, Kumasi Asante Kotoko has opted to train on the Astroturf pitch at the Asamoah Gyan Sports Complex at Accra Academy before departing to Nigeria to face Nigerian side, Kano Pillars.

The club has targeted to reach the group stage of this year’s CAF Champions League but is faced with a daunting task at the preliminary round where they have been paired against the Nigerian giants.

With the first leg expected to be played at the Sani Abacha Stadium, the Porcupine Warriors will have to cope with playing on Astroturf when they make the trip next week.

In a bid to get players used to playing on such grounds, management of the club through their new communications director, Kennedy Boakye Ansah has confirmed that they will train at the Asamoah Gyan Sports Complex before they move to Nigeria for the match.

“As part of our preparations ahead of our 1st leg game in the CAF Champions League, the team will move to Accra Academy sports complex and train for some days on an Astroturf because the game would be played on an Astroturf”, he said in an interview with Kumasi based Ashh FM.