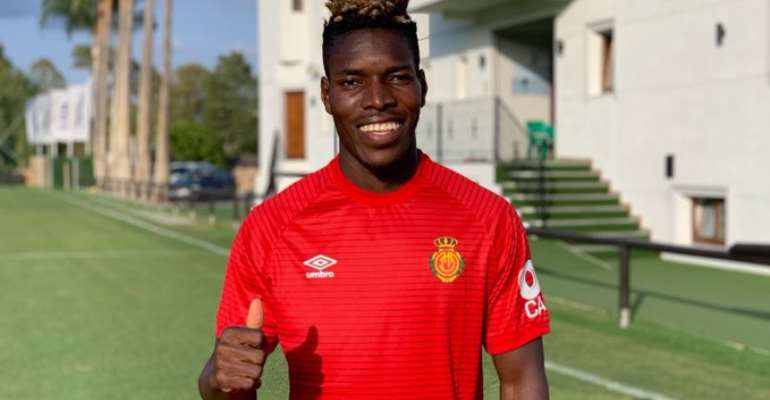 Agbenyenu Lumor has joined Real Mallorca teammates for pre-season training ahead of the new campaign.

The Ghanaian left-back joined the Barralet on Wednesday evening on loan from Portuguese giants Sporting Lisbon after passing his medicals in a private hospital in Mallorca.

He teamed up with his new mates on Thursday to start work with his new colleagues ahead of the coming season.

The 22-year-old spent last season on loan at Turkish outfit Goztepe but failed to make any meaning impact as he featured just nine times in the Super Liga.

Lumor is contracted to Sporting Lisbon up to the summer of 2022 but Mallorca have an option to sign him on a permanent deal if he impresses in the loan spell.

The enterprising defender becomes the third Ghanaian player to be signed by a La Liga club in the ongoing summer transfer window with the others being the Celta Vigo duo of defender Joseph Aidoo and playmaker Yaw Yeboah.