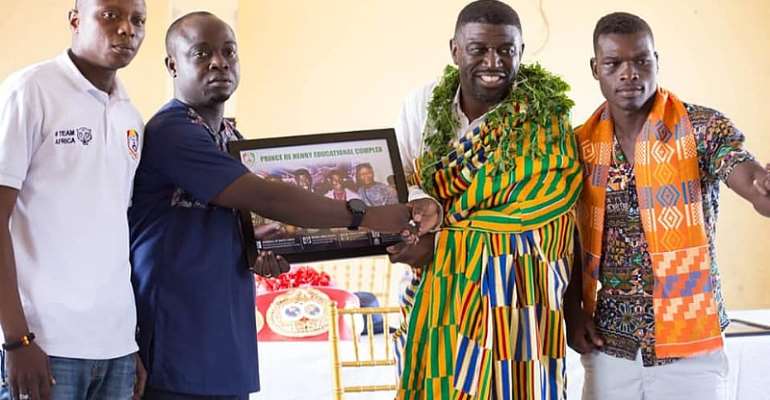 Ghana’s IBF world Boxing Champion, Richard Commey and his manager, Michael Amoo-Bediako have received a kente cloth as a gift from Prince De Henry Educational Complex at Laterbiokoshie in Accra.

The proprietor of the school said the gesture was to encourage the champion to hold on to his title and reign for a long time and also motivate others to be inspired by his achievement and strive to do more for themselves and others.

The boxing fan, Prince De Henry said there are many young talents who can be supported to become world champions.

He commended Michael Bediako and the StreetWise Foundation for the idea to support the needy kids in Ghana and Africa.

Streetwise Foundation has supported some young boxers who have been given scholarships to get education at the school.

Prince De Henry is planning to reward all amateur boxers who excel at the Bukom Fist of Fury Boxing League.

Last week he was present at the Lord’s Wembly Plus where the Bukom Fist of Fury was held and he donated water and soft drinks to the organisers.