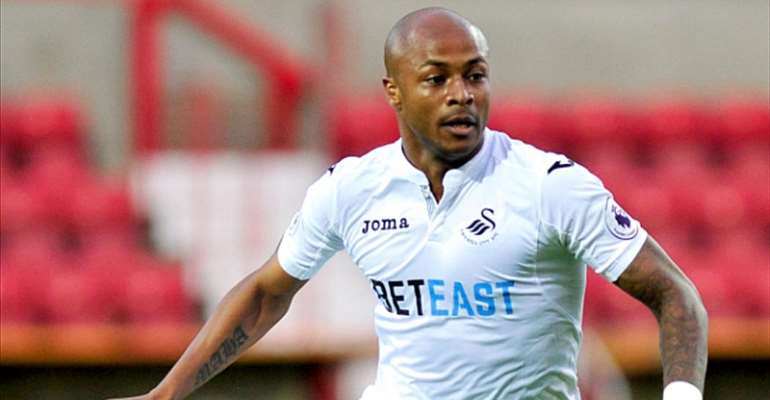 Ghanaian international Andre Dede Ayew is set to miss Swansea City’s opening match of the 2019/2020 season against Hull City in the English Championship after being given an extra week to rest at home.

Ayew spent his summer holidays on assignment with his national team at the 2019 Africa Cup of Nations (AFCON) tournament which was staged in Egypt.

The Black Stars who were hoping to lift the coveted AFCON trophy at the end of the tournament only managed to make the round of 16 where they were sent home parking by the Carthage Eagles of Tunisia.

Following the national team duties, Swansea City decided to give him some time to rest and be with his family before returning to the club ahead of the upcoming season.

After missing the entire period of the teams pre-season training, Ayew has been given another week to rest before finally joining his teammates.

With the English Championship starting this weekend, the former Olympic Marseille attacker will definitely miss Swansea City’s opening match of the campaign.

The opener against Hull City will be played at the Liberty Stadium on Saturday, August 3, 2019.

Ibrahim Mahama is not drinking tea with Owusu Bempah; Ghc107...
15 minutes ago

Govt will not purchase covid-19 vaccines to kill people — Dr...
34 minutes ago