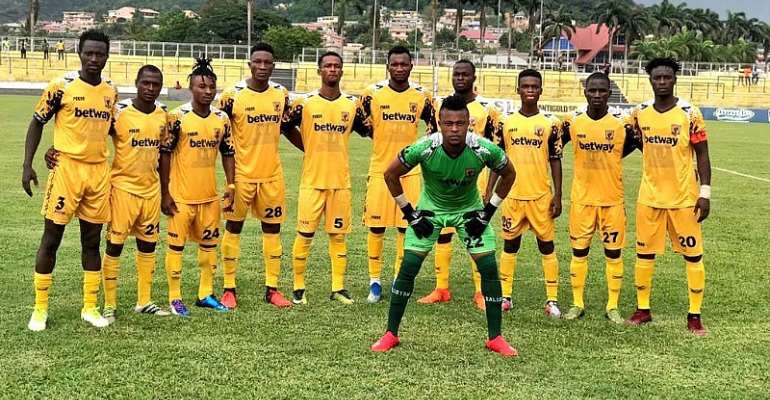 Mr Frederick Acheampong, the Chief Executive Officer of Ashantigold Sporting Club, says his outfit is determined to make a huge impact in the Confederation of African Football (CAF) Confederation Cup to enable Ghana to regain its four slots in African club competitions.

The former Ghana Premier League champions have signed 11 new players to augment its squad and have also appointed Ricardo da Rocha from Brazil as the head coach for the 2019/2020 Confederation Cup campaign.

“We just want to make an impact in Africa; we want to reach a point where the whole of Africa would hear of us. We also want to reach as far as possible to help Ghana regain its initial two Champions League slots and two Confederation Cup slots,” he told the Daily Graphic in an interview.

Mr Acheampong said the Miners were preparing feverishly for the August 11 clash against Akonangui FC from Equatorial Guinea.

“We have played an international friendly and we would also play more matches to keep our team in good shape for the Confederation Cup. We know that to play very well in Africa, you have to play formidable teams.”

The tough-talking football administrator also explained that Coach Da Rocha was appointed based on his experience and was optimistic that he and the Brazilian striker, Marco Silva, could help the team realise their continental aspirations.

“We appointed the coach because of his quality and while he was coming he recommended a striker, Marco Silva, and we accepted to sign him. His performance shows that he would be an asset to the team,” he noted.

The last time the Miners participated in Africa was in the 2015/2016 were they exited in the preliminary stage via a 2-3 defeat on aggregate to MO Bejaia of Algeria.