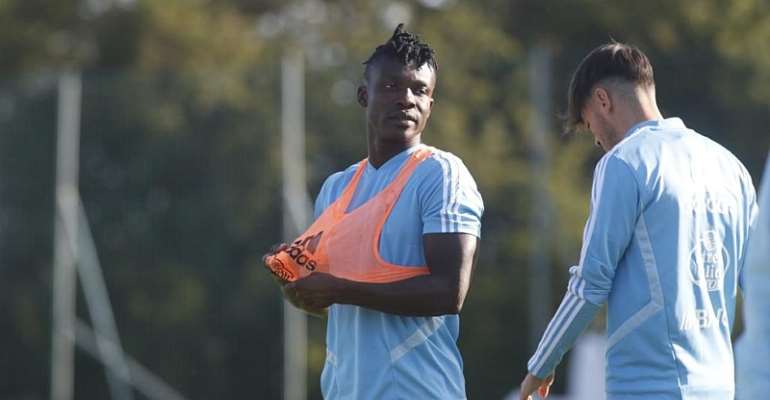 The promising centre-back has begun training with the Sky Blues after given extra rest days following his involvement at the 2019 Africa Cup Nations Cup.

The 26-year-old missed Saturday's 1-0 win over French side Lille in a pre-season friendly.

The former Inter Allies player is expected to play a big role in Celta Vigo campaign next season in the La Liga.

Aidoo signed a five-year deal two weeks from Belgian champions Genk for a fee reported to be € 5 million.