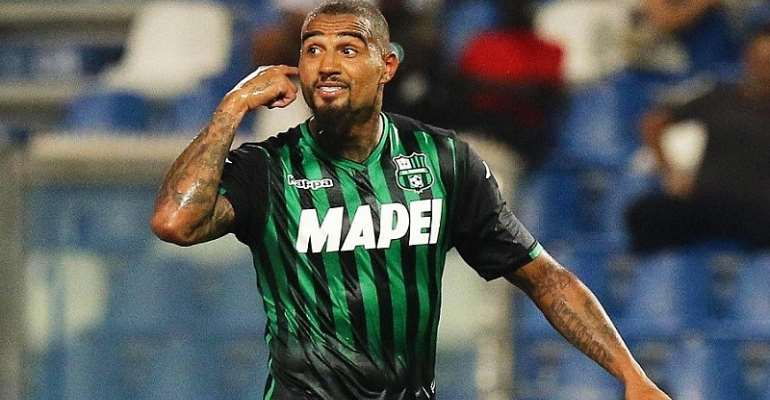 Ghana international, Kevin Prince Boateng is expected to bring experience to Serie A side, Fiorentina.

The 32-year-old will join the club on a two year deal from US Sassuolo in the ongoing summer window transfer.

Boateng joined Sassuolo from Bundesliga side, Eintracht Frankfurt before the start of 2018/19 season.

However, the former Tottenham and Portsmouth forward spent the rest of last season at Barcelona on loan with an option of making the deal permanent.

However, the La Liga side failed to make the deal permanent due to Boateng's inconsistencies.

After four months with the Spanish side, the former AC Milan forward made only four appearances for the club.

However, Boateng will officially be unveiled by Fiorentina today as their new addition and having played for AC Milan and US Sassuolo, he is expected to add experience to Vincenzo Montella's side ahead of the upcoming season.

There were reports of him returning to Eintracht in Frankfurt but Boateng rejected the offer and opted to join the Florence.

There is no doubt that it is a player with great technical qualities, although at Barça he has hardly had opportunities to show it.

Sassuolo will receive €1m for the transfer fee, having picked up Boateng as a free agent last year.

Fiorentina will open their 2019/20 Italian Serie A season against Napoli at the Stadio Artemio Franchi.