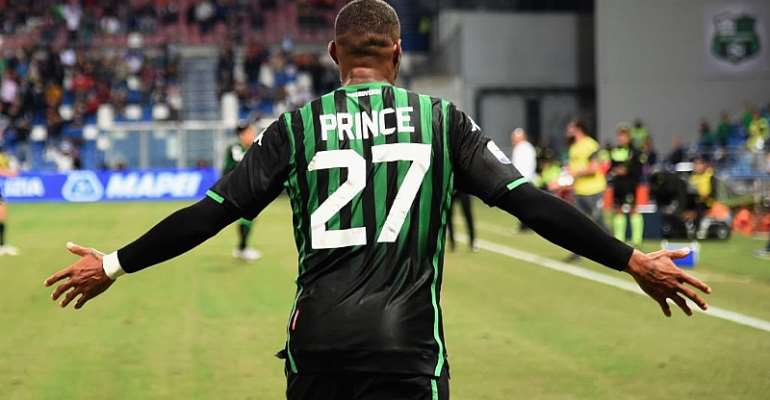 Italian Serie A side, Fiorentina, have reportedly joined the race to sign Sassuolo forward Kevin-Prince Boateng.

According to Gazzetta dello Sport, Fiorentina are ready to bring in the Ghanaian international on a season-long loan.

Boateng recently returned to Sassuolo from Barcelona and is expected to stay in Italy as he looks to repair his relationship with wife Melissa Satta.

He could follow Lirola to the Artemio Franchi, with the newspaper explaining the Viola will sign the full-back for €13m plus bonuses.

It is also said that Giovanni Simeone could head to the Neroverdi in the opposite direction.

Simeone scored just six Serie A goals last season and would also be of interest to Cagliari.

Prince Boateng joined US Sassuolo from Bundesliga side Frankfurt.