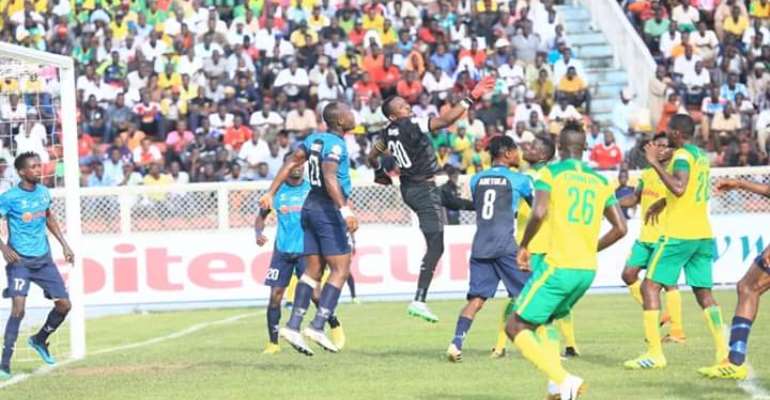 Nigerian giant, Kano Pillars is booming with confidence following their victory over Niger Tornadoes to ensure they lifted the Aiteo Cup ahead of their clash with Ghana Premier League side, Kumasi Asante Kotoko.

Nicknamed the Masu Gida, Kano Pillars have been drawn to face the Porcupine Warriors in the first round of CAF’s top tier inter-club competition next month.

Whiles both clubs have been preparing in the past weeks, the Nigerian side has been fortunate to enjoy some high profile game to keep them in shape ahead of the first leg of the tie.

Having played a goalless draw match with Niger Tornadoes at the end of 90 minutes in the finals of the Aiteo cup yesterday, Kano Pillars went on to lift the trophy after emerging as 4-3 victors on penalties.

The cup is the first major trophy for the Northerners since 2014 where they won the Nigeria Professional Football League.

They are now turning their attention to the tough match against the Porcupine Warriors in the second weekend of August.

The first of the two-legged tie will be played at the Sani Abacha Stadium on Saturday, August 10, 2019.